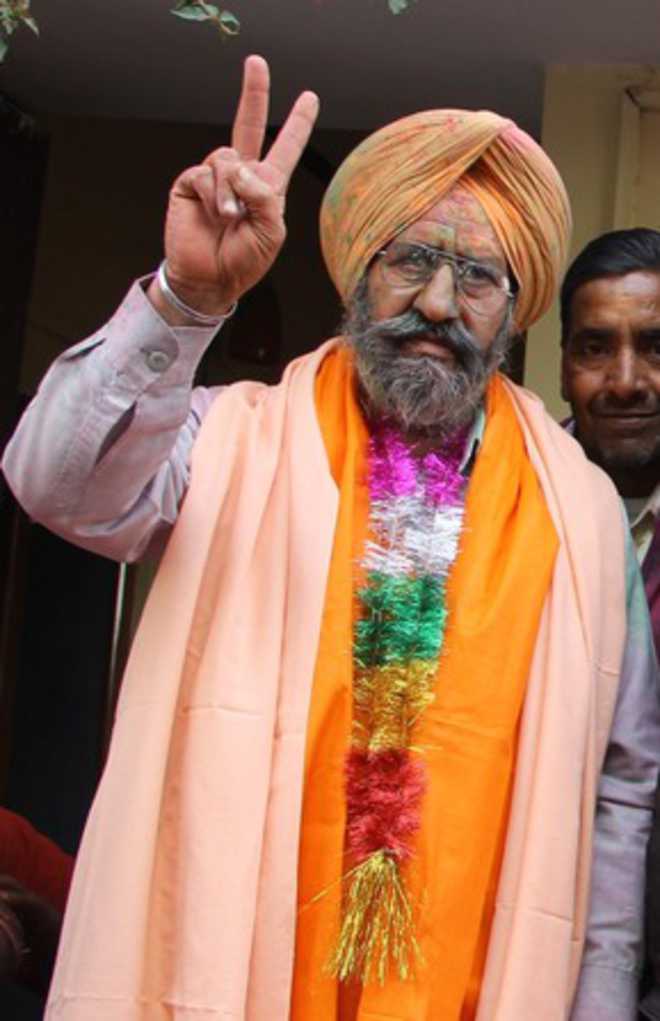 Congress’ Jagroop Singh Gill has continued his winning streak for the seventh time after winning by a margin of 414 votes from ward No 48 in Bathinda.

With a clear majority in the House, Gill is the front-runner and main contender for the post of Mayor in the Bathinda MC. A lawyer, Gill got elected as a councillor for the first time in 1979, then again won in 1989, 1992, 1997, 2008, 2015 and now in 2021. He had also held the posts of the Chairman of the Bathinda Improvement Trust, vice-president and president of the civic body and the president of the District Bar Association in the past. Among other ex-councillors who emerged victorious are Sham Lal Jain, Santosh Mahant and Harmandar Singh. — TNS