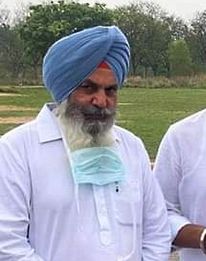 With AAP MLA from Maur Jagdev Singh Kamalu joining the Congress, the political equation has changed in the Assembly segment. The move has come as a big jolt to senior Congress leaders who had been nurturing Maur.

Among them former minister Harminder Singh Jassi, who had been taking care of the constituency after unsuccessfully contesting from here in the 2017.

The Congress is a divided house in the Maur segment. Only time will tell whether Jagdev Singh Kamalu ’s joining the Congress will end the factionalism in the party or further muddle the situation.

Even former MLA Mangat Rai Bansal and his wife Manju Bansal had also increased their political activities in Maur for past some time. Manju lost the Assembly election from Mansa in 2017, while Mangat Rai unsuccessfully contested the polls from the Maur segment in 2012.

The Congress is a divided house in the Maur segment. Only time will tell whether Kamalu’s joining the Congress would end the factionalism in the party or lead to creation of another group.

In the 2017 elections, the Congress had finished behind the AAP and SAD. AAP candidate Kamalu had defeated then Akali MLA Janmeja Singh Sekhon and Jassi. Later, Kamalu had joined the AAP breakaway group headed by Bholath MLA Sukhpal Singh Khaira, who launched the Punjab Ekta Party. During the 2019 Lok Sabha elections, when Khaira contested from the Bathinda parliamentary segment, Kamalu had openly supported him.