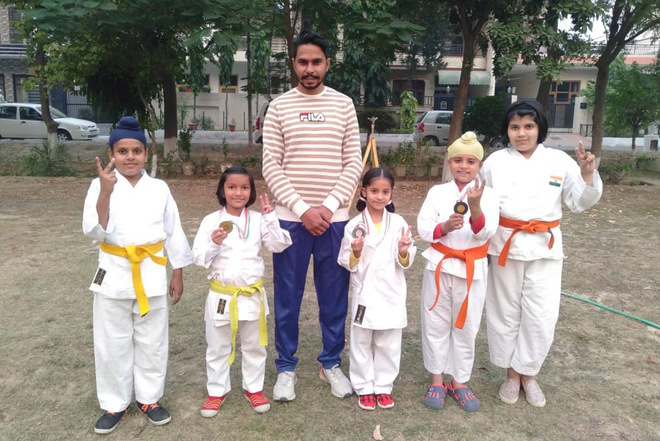 Karate players with their coach in Bathinda. Tribune photo

The championship was held at War Heroes Stadium, Sangrur, from November 15 to 19 and was inaugurated by Education Minister Vijay Inder Singla. In the tournament, three students of Lion Mark Karate Dojo won medals in different rounds. In the under-11 age group, Niram Sidhu won a silver medal in the 21 kg category.

These karate players were getting coaching from Lion Mark Karate Dojo, Suvidha Bazaar and Ganpati Enclave.

On the occasion, Karan Singh Chauhan, coach of the team, congratulated the proud parents of the students who participated in the games.