Activist: Don’t defame farmers for raising voice to save land 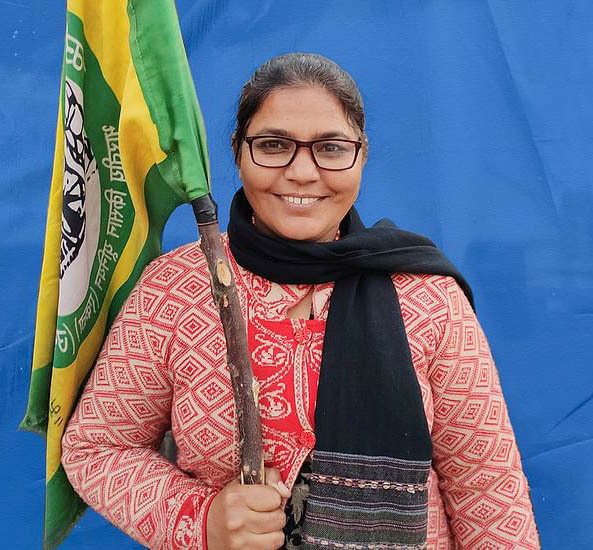 Harinder Bindu (43), president of the women’s wing of the BKU (Ekta Ugrahan), has become a prominent face at the ongoing farmers’ movement. She was just 13 when her father Meghraj Bhagtuana was gunned down by Khalistani militants at Sewewala village in Faridkot on April 9, 1991.

Bhagtuana had floated the Front Against Communalism and State Repression and one of its slogans was “Na Hindu raj na Khalistan, raj kare mazdoor-kisan (Neither Hindu rule nor Khalistan, we demand workers’ rule”).

Camping at the Delhi border since the agitation began, Bindu, while talking to The Tribune, said, “It is unfortunate that the government and a section of media labelled farmers as ‘Khalistanis’. How can we support them when many of us are their victims. Our only demand is the repeal of the three agricultural laws”.

She alleged that earlier too, politicians had divided the country for their benefits, and now to weaken the farmers’ movement, ‘Khalistan’ was being used as a propaganda. “We don’t want ourselves to be labelled as ‘Khalistanis’. We are part of India. Even after the Partition, nobody has gained anything,” she added.

Bindu alleged that it was a deep-rooted conspiracy against farmers and international bodies such as the World Trade Organisation and the International Monetary Fund were also pressurising the government to go ahead with these reforms to help big corporate houses.

Lashing out at the Centre, Bindu said, “We are being described as ‘urban naxals’, ‘Khalistanis’, terrorists, ‘tukde-tukde’ gang and anti-nationals, whereas farmers are protesting for their land and survival.”

She said on International Women’s Day, a number of women from Punjab would head towards the Delhi protest site.