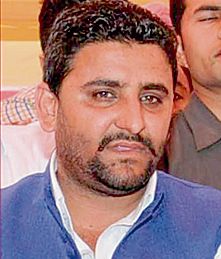 Kulbir Naruana was shot at his home in Bathinda on Wednesday.

A day after gangster-turned-activist Kulbir Naruana was shot at his home in Bathinda, the alleged involvement of the Lawrence Bishoi gang has come to the fore.

A message purportedly in Naruana’s former security guard and accused Manna Sandhu Talwandi’s ID has been posted on the social media, claiming responsibility for the killing. In the post, it has been claimed that Manna was connected to the Lawrence Bishoi gang and was close to his Canada-based aide Goldy Brar, which annoyed Naruana.

The victim supported a gang opposed to Manna over a land lease money issue and insulted the latter, leading to the killing, claims the post.

The post reads: “I take responsibility for Kulbir Naruana’s murder. People are accusing me of backstabbing a friend. Every story has two sides and I am telling mine. Kulbir invited me to his house alone under a conspiracy and insulted me in front of 10 people, who were my rivals. I could have just walked away or fought for my honour. I choose to fight.”

The post ends by saying: “I clarify that I am part of Lawrence Bishnoi group and have nothing to do with anyone else. I have killed Kulbir because of my personal enmity and not at the behest of anyone.” The police said Manna, who was admitted to the Faridkot Medical College, would be questioned about the post. The police initially claimed the post might have been written by one of Manna’s aides.

SSP Bhupinderjeet Singh Virk said: “It is in our notice that a post from accused Manna Sandhu Talwandi’s account has been uploaded on the social media, but he is in our custody and is presently undergoing treatment at Faridkot Medical College. We are probing the matter.”

The SSP said Manna was in touch with the Bisnhoi group and the police were probing the matter. A Madhya Pradesh-made pistol was used in the crime and a probe was on to identify the supplier, he added.