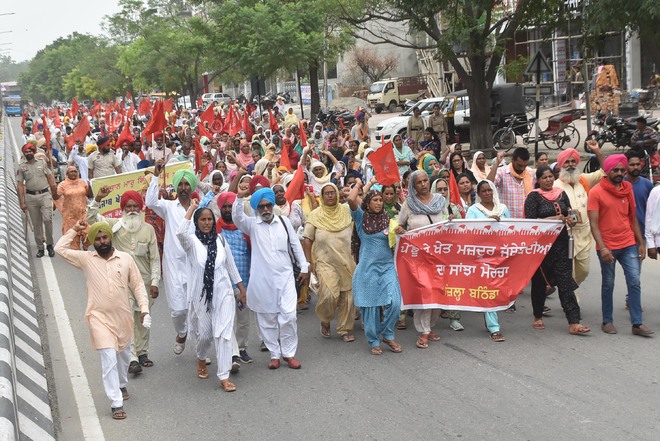 Addressing the rally, leaders said the Congress government had failed to deliver on its poll promises of providing jobs, households, waiving labour debts and power bills and increase pension, etc. “They also failed to deliver on its promise of giving packets of tea, sugar, pulses and ghee from ration depots along with wheat.” They said during the Congress rule, the social oppression of the workers had increased many times. They announced that if the government did not waive the debt and power bills and increase the old age pension to Rs 5,000, then workers would join the dharna from August 9 to 11 at Patiala. — TNS