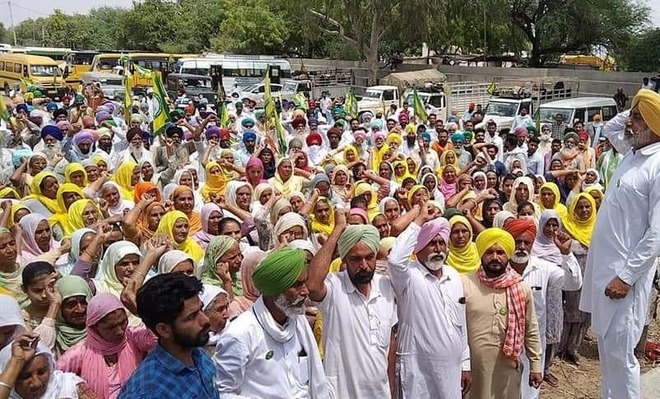 Farmers under the banner of Bhartiya Kisan Union (Ekta Ugrahan) today headed to the Tikri border from Sardulgarh and Dabwali borders in Bathinda and Mansa districts to strengthen the ongoing protest against the central agricultural laws.

A large convoy of farmers, youth and women was dispatched by the BKU to the protest site via Haryana amid the speculation that the BJP-led central government may attempt to end the peaceful protest on pretext of surging cases of Covid-19.

Addressing farmers before they left, BKU (Ekta Ugrahan) Mansa president Ram Singh Bhaini Bagha said the central government’s imperialistic policies had been impacting all sections of society. They would stand up against the government and wouldn’t let anti-farm laws to be implemented, he said. “Farmers have been protesting at Delhi borders for months and are in no mood to relent until the laws are repealed,” he said.

BKU leader Shingara Singh Mann, who did not leave for the Tikri border due to health issues, stressed the unions were concerned about the safety of protesters, but they couldn’t afford to vacate the protest sites until the central agricultural laws were withdrawn.

“Repeated requests from central ministers asking us to move out are just a prelude to an effort to uprooting us. Now that the reaping

season is over and farmers are free, we are asking farmers to return to protest sites.” Mann said.