Likely to retain FM portfolio, Kangar may miss the bus 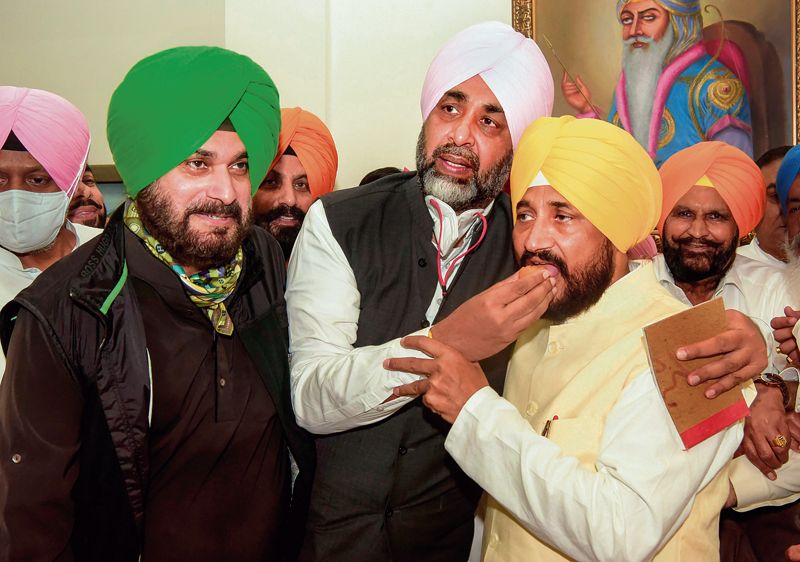 With the change of the guard, former Finance Minister and Bathinda Urban MLA Manpreet Singh Badal has emerged stronger, even as his former Cabinet colleague Gurpreet Singh Kangar, close to former CM Capt Amarinder Singh, may not make the cut in the new Cabinet.

Pushed for Channi as CM

Party sources say Manpreet had some role to play in the last-minute change in the choice of Chief Minister. Manpreet apparently whispered Charanjit Singh Channi’s name as a Dalit face. He is also learnt to have impressed upon the party high command to consider a Dalit CM, considering the ground situation in the state with various parties announcing posts for SCs ahead of the Assembly elections. After visiting the Governor along with Harish Rawat to stake the claim as the next Chief Minister, Channi had called on Manpreet, a neighbour in Chandigarh. Manpreet, who maintained silence during the Captain-Sidhu tussle, seems to have succeeded in playing his cards well. The fact that Manpreet has a good rapport with Congress leaders Rahul Gandhi and Priyanka Vadra, there is likelihood that he may be part of the new ministry, retaining the Finance portfolio.

The newly elected Chief Minister may look to induct young faces in his Council of Ministers and Congress’ Gidderbaha MLA Amrinder Singh Raja Warring is a likely candidate.

Sources in the party also indicate Channi may not retain some ministers from the Captain Amarinder Cabinet. They include former Revenue Minister Gurpreet Singh Kangar and former Sports Minister Rana Gurmit Singh Sodhi, both considered close to the former CM.