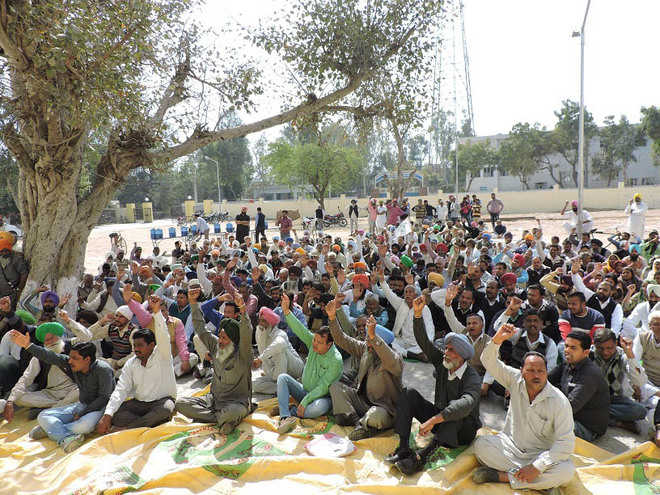 A file photo of residents staging a protest in Maur Mandi.

The relatives of those killed in the Maur Mandi bomb blast called the Cabinet’s jobs offer an image makeover exercise ahead of polls.

Khushdeep Singh, father of deceased Japsimaran Singh (15), said: “The government did nothing for us in the past four years and now ahead of polls they want to clean their image by providing us jobs.”

The committee, which comprises members Naveen Singla, Jagdish Sharma and Devraj, also demanded that justice should be done and the three accused should be arrested. They also demanded that the government should help farm labourer Jaskiran, who was passing by the area when the blast took place. He suffered 70 per cent burns with severe head and eye injuries.

His family members had taken him to AIIMS-Delhi and PGI-Chandigarh for plastic surgery, but the treatment cost around Rs 7.5 lakh, which the family could not afford.

On January 31, 2017, six persons, including three children, were killed in an explosion outside a Congress rally at Maur Mandi in Bathinda.