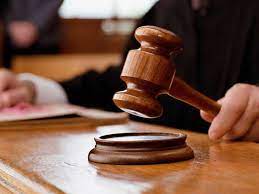 A three-member Bench of the Permanent Lok Adalat of Bathinda headed by Gurnam Singh has given an important verdict on the management of stray animals in the city.

The Bench clearly stated that if there was any accident due to stray animals in Bathinda city, the Municipal Corporation would be responsible. In this regard, in 2014, city resident Harjinder Singh had filed a case in the Permanent Lok Adalat through his lawyer Sanjay Goyal.

Apart from the DC, the Municipal Corporation Commissioner and Civil Surgeon were also made a party. The Bench also prepared guidelines for managing stray animals. Advocate Sanjay Goyal argued that accidents occurred frequently due to these animals in the city in which many people suffered serious injuries and several of them lost lives. Even cow cess collected by the Municipal Corporation was being spent elsewhere instead of handling the animals. For this, a register shall be maintained by the corporation in which complaints by people would be lodged, the order said. — TNS