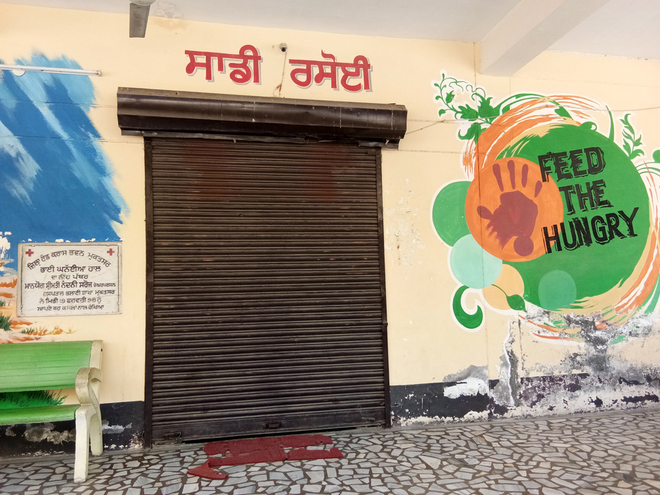 The District Red Cross Society, which had been running ‘Sadi Rasoi’ till March last year before the Covid outbreak, has now shown its inability to run the subsidised kitchen due to the paucity of funds.

The Congress, in its election manifesto in 2017, had promised a decent meal for Rs 5.

Though the price of a ‘thali’ was initially fixed at Rs 5, after two months, it was doubled. Now, the District Red Cross Society has sought permission from the Deputy Commissioner’s office to fix the price at Rs 20.

Currently, the subsidised kitchen is shut and the needy people are requesting officials to reopen it.

Sources in the district administration said there was a proposal to give ‘Sadi Rasoi’ on lease or to convert it into a restaurant.

Prof Gopal Singh Makkar, secretary, District Red Cross Society, Muktsar, said, “Due to the paucity of funds, we have made a proposal to increase the price of ‘thali’ to Rs 20. Besides, we are mulling to provide a packed ‘thali’ at Rs 30. We can run ‘Sadi Rasoi’ this way only or the state government should provide some monetary support. We don’t have much sources of income and are unable to bear more losses. Even the support from philanthropists is negligible. Further, we don’t get subsidised ration.”

“We have to give salaries to 12 persons, who run this kitchen. A lot of money has been spent on buying utensils, furniture, chapatti and dough-maker machines. A library hall has been converted into the kitchen,” he said. This kitchen had also won the ‘SKOCH Award’ in the past.