Want Ottawa to take up issue with India 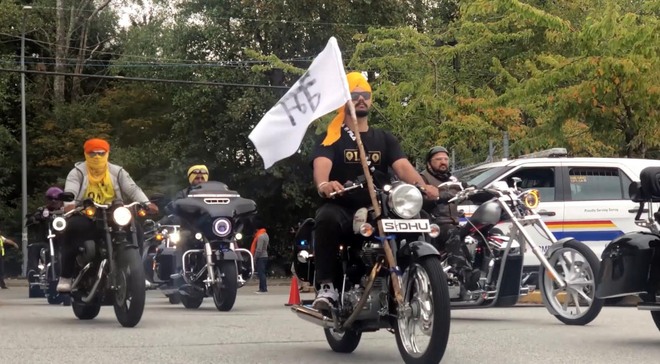 File photo of a rally against farm laws in Canada.

Ahead of the farmers’ tractor rally in Delhi on January 26, non-resident Indians (NRI) from Punjab have announced car rallies in Canada’s Brampton and Calgary on Republic Day. In Brampton, the rally will be held from Soccer Centre to the Indian passport office, while a similar rally will be taken out from Calgary to Edmonton in support of the farmers.

Paramjeet Singh of Calgary said: “The Indian farming community will undertake a protest to show solidarity with Indian farmers in their struggle against the draconian farm laws.” Indian farmers had been protesting peacefully for the past several months by gathering in open spaces, facing the vagaries of winter weather, resulting in the loss of precious lives. However, the Indian Government was adamant on not repealing the laws, he said.

“We will also ask the provincial legislature to convey our sentiment to the Canadian government to take up the matter at their level with Indian counterparts. — TNS