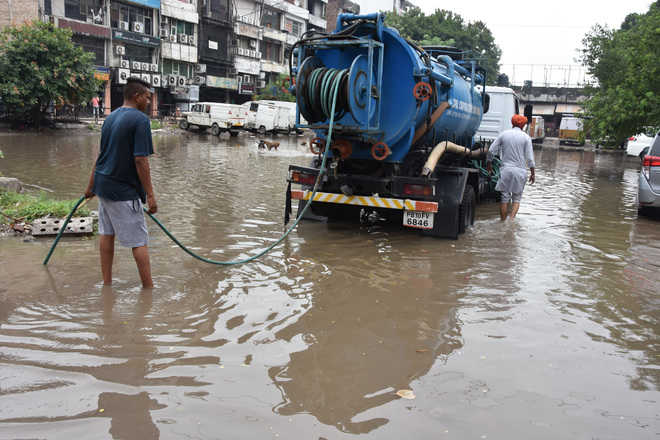 Members of the Association For Democratic Rights (AFDR) staged a protest against lack of civic amenities in the city on Sunday. They raised the issue of poor rainwater drainage as many areas remained waterlogged for long after a heavy spell of rain recently. The protesters gathered at Joggers’ Park and raised slogans against the Municipal Corporation for lack of basic amenities.

Sudeep Singh, a union leader, said, “There is no drainage infrastructure in the city. For proper drainage of rainwater as per its natural flow towards the Bir Talab area, it must be stored by digging deep ditches there. Natural water ponds must be freed from encroachers and then dug deeper to enhance their water-storage capacity. The faulty sewerage of the city needs an overhaul on an immediate basis. The MC must end its agreements with private players and carry out this work on its own.” AFDR district unit press secretary Dr Ajitpal Singh said, “The capacity of potable water tanks must be increased.” — TNS