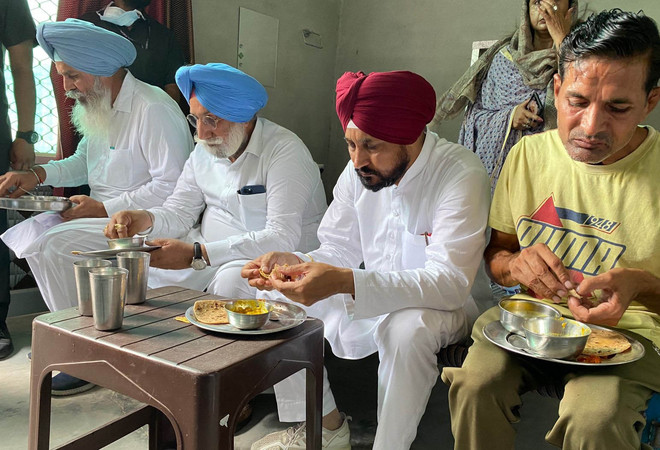 Expressing solidarity with families of deceased farmers who lost their lives during the ongoing agitation against the central farm laws, Chief Minister Charanjit Singh Channi today visited the house of a farm labourer at Mandi Kalan village in Bathinda and handed over an appointment letter to his family members.

Late Sukhpal Singh (30), actively participated at the Tikri border stir and underwent treatment at PGI, where he died on March 31. Channi, who was accompanied by his deputy Sukhjinder Singh Randhawa, said his government stood by the farmers. Meanwhile, as the CM overstayed in the fields and cancelled his visit to Chauke village, Maur MLA Jagdev Singh Kamalu reached there to hand over the appointment letter to the family of deceased Jashanpreet Singh.

However, the Congress infighting came to the fore as when Kamalu was handing over the appointment letter, another party leader and a ticket aspirant from Maur, Bhupinder Gora, snatched it from him. Gora said ADC (Development) Paramvir Singh would do the honours. Later, the ADC along with Kamlu and Gora jointly handed over the letter to the family.