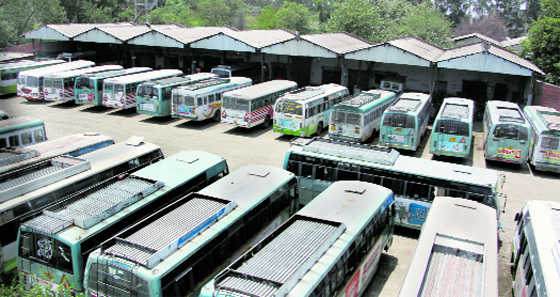 Punjab Roadways and PRTC Contract Workers’ Union observed a two-hour-long strike and suspended work at the city bus stand in Bathinda on Monday. The transport workers have been demanding regular jobs and “equal work, equal pay” among other allowances. The protesters blocked the entrance of the bus stand for two hours in the morning and did not let any bus enter or leave. They raised slogans against the state government and the Transport Department for “turning a blind eye” to their long-standing “genuine” demands.

Kamal Kumar, a union leader, said, “We have been served with mere assurances in several meetings with representatives of the government. Now we are left with no other alternative than to hold a state-level agitation at the CM’s hometown. We demand regularisation of services for contractual and outsourced workers who have been diligently rendering their services in the department and corporation. We want ‘equal work, equal pay’ as directed by SC. Transport mafia should be ended and government must provide ‘ghar ghar rozgaar’ to residents as promised.” — TNS