Party has never got majority in city 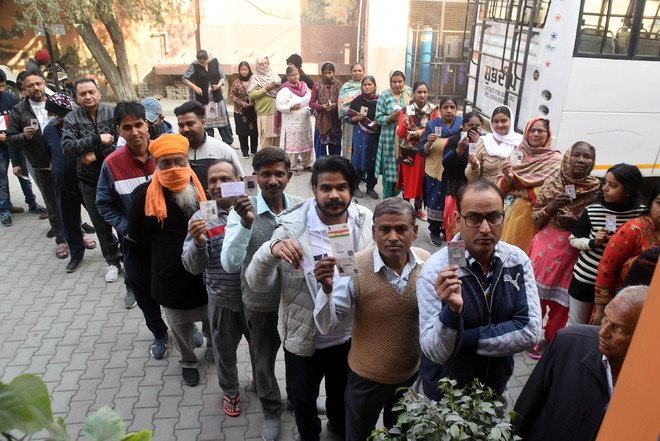 Amid allegations of bogus voting and booth capturing, punters and political experts are betting on a Congress victory in the Bathinda Municipal Corporation (MC).

Amid allegations of bogus voting and booth capturing, punters and political experts are betting on a Congress victory in the Bathinda Municipal Corporation (MC). They also predicted majority for the Congress in the city.

If this happens, then this will be the first time the Congress will get majority on its own in the Bathinda MC.

Instead of the ongoing India-England cricket series, bookies are busy these days betting on the outcome of the municipal corporation polls. Though betting on elections or cricket matches is illegal in India, it is still going on here.

According to punters, the Congress stands a good chance of getting majority in the Bathinda MC.

Sources say heavy bets are also being placed on the number of seats the Congress, SAD and BJP are likely to win in the MC polls.

Political experts too opine that the Congress is likely to do well though some wards may spring surprises.

However, experts also claim that support for the Aam Aadmi Party cannot be ignored. Unlike earlier polls, the booths set up by the party were seen in all 50 wards and were abuzz with activity on the polling day.