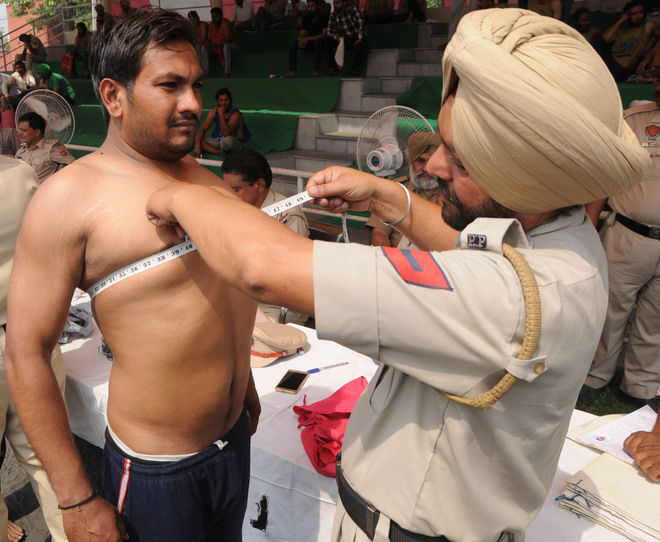 The CM had announced to raise the age limit from 28 to 32 yrs but no official notification was issued.

With the state government giving nod to start recruitment in the Punjab Police, many aspirants have started raising the demand to increase the age limit for recruitment of DSP, SI and head constables in the department.

CM Capt Amarinder Singh had announced in July last year that age limit for the above mentioned posts would be increased from 28 to 32 years but no official notification was issued to that effect.

Gagandeep Singh Bhullar, 29, an aspirant from Lehra Mohabbat in Bathinda, said, “The CM must honour his promise by increasing the age limit for SIs and DSPs to 32 years and those of head constables and constables to 30 years so that genuine aspirants can join the force.”

Jatinder Kapoor, another aspirant from Patiala, said, “I could not clear the physical test last time but now as current age limit stands, I won’t be eligible to take part. I urge the government to fulfil its promise so that I get at least one more chance to realise my dream.”

Manpreet Kaur (30), another aspirant from Tarn Taran, said, “No fresh recruitments were made in the past some years, but the recent announcement has given some hope following which I have started preparation as I expect the government will relax age limit.”

Raveen Thukral, media adviser to the CM, said, “There are no updates in the matter as of now.” — TNS