Threaten to intensify stir if demands not met 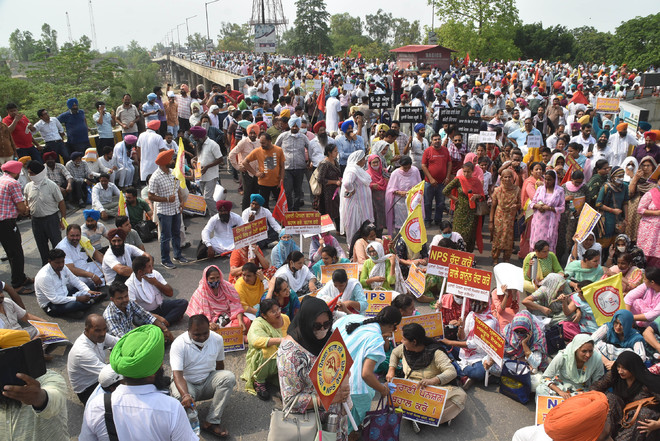 Demanding the revival of the old pension scheme, employees from various government departments under the banner of Old Pension Bahali Sanghrash Committee today staged a protest at ITI Chowk here.

Scores of protesters gathered at the venue and blocked the highway, raising slogans against the state government. The committee representatives said if the Congress government failed to revive the scheme, it would cost the party dear in the upcoming Assembly elections.

Jasvir Singh, state convener, said: “Finance Minister Manpreet Badal had promised that the old pension scheme would be revived once the Congress formed the government. Even after four-and-a-half years in power, the party had not fulfilled the promise. If government dilly-dally continues, it will become difficult for its legislators and ministers to seek votes ahead of the elections.”

Jarnail Singh, general secretary, said: “The condition of the elderly, who retired under the NPS scheme, is pitiable. It has become difficult for them to bear the cost of medicines with their meagre pension. They have given precious years of their life to the service of different government departments, and are now left to fend for themselves.”

There was no mention of old pension scheme in the 6th Pay Commission report implemented by the government recently. If the scheme was not revived soon, they would be left with no other option but to intensify their struggle, he added.