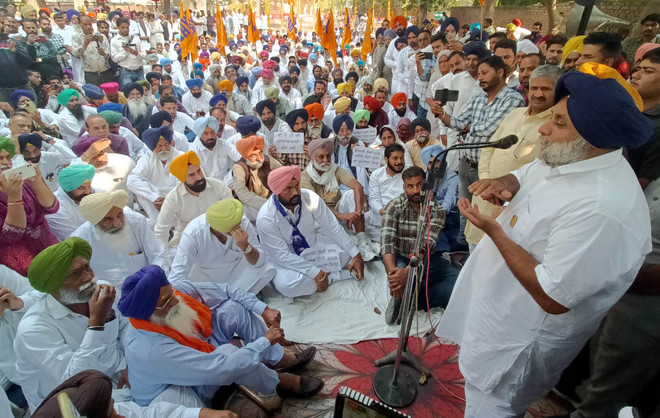 Addressing a dharna organised in front of the Deputy Commissioner’s office here, the SAD president said the Chief Minister had duped farmers by rushing to get his picture clicked with them and then forgotten about releasing relief to them.

“The relief was only announced under pressure, but even that is anti-farmer as clauses had been put to deliberately deny farmers even the Rs 12,000 per acre compensation announced by the government for 100 per cent damage,” he said.

He expressed shock that the Congress government had failed to secure adequate stock of DAP fertiliser ahead of the wheat-sowing season due to which it was now being black marketed. Meanwhile Sukhbir accused the CM and his relatives of indulging in corruption by opening shops to dole out illegal favours. — TNS