Threaten to step up stir if demand not met 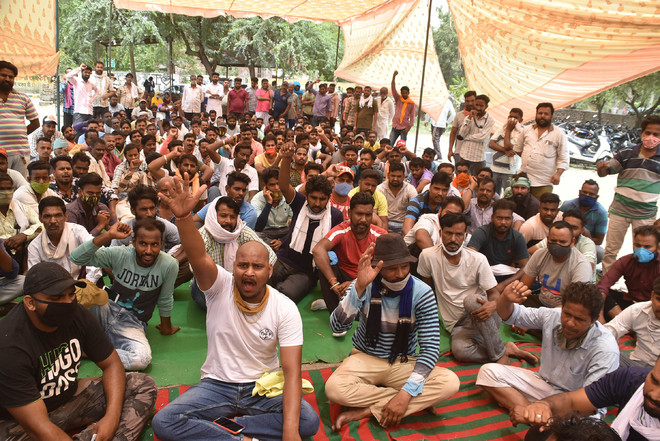 Members of the Safai Sewak Union staged a protest in Bathinda demanding regularisation of jobs. Raising slogans against the state government, safai karamcharis said they would continue their protest and return to work only after their demands were met.

Ashok Kumar, president of the union, said, “A meeting was scheduled to discuss the matter between the MC Commissioner and safai karamcharis working under the Municipal Corporation of Bathinda, but it did not materialise. So safai sewaks have started a dharna today demanding regularisation of jobs. Safai sewaks in other districts have already been sitting on dharna since May 13, but the government has been turning a blind eye to our demands. If apathetic stance of the state government continues like this, we will be coerced to intensify our stir in the coming days.” — TNS