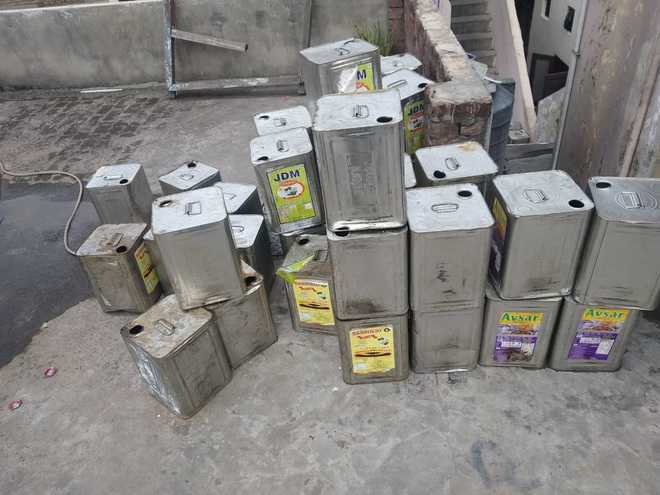 A case has been registered against the owner of an Australian dairy on the Gillpati village road for supplying spurious ghee to people. File photo

Ahead of the festival season, the problem of spurious ghee and food items in the region has come to haunt the residents again. The Bathinda Police have registered a case against the owner of an Australian dairy located on the Gillpati village road here for supplying spurious ghee to people.

A case under Section 420 of the IPC has been registered at the Thermal police station against Yogesh Kumar of Faridkot district. The police got a tip-off that the accused was making spurious products at his dairy. Later, the police conducted a raid and seized 6,555 kg spurious ghee.

Last month, the Punjab and Haryana High Court had denied bail to Bathinda District Health Officer Ramesh Maheshwari, who is facing allegations of taking bribe from milk sellers, grocery shops, dairies and ghee factories for not collecting samples from them.

Brar said a team led by the District Health Officer had taken samples of various products. He said violations had been found in the report sent by the food analyst. He said products like Utsav Cooking Medium, Home Day Cooking Medium and Star Fresh Cooking Medium had been fined Rs 1 lakh each over non-compliance to the standards set under the Food Safety Act.

Raids are conducted throughout the year to check the supply of adulterated food, but some systemic loopholes make it an uphill task for the Health Department to enforce the rules strictly.