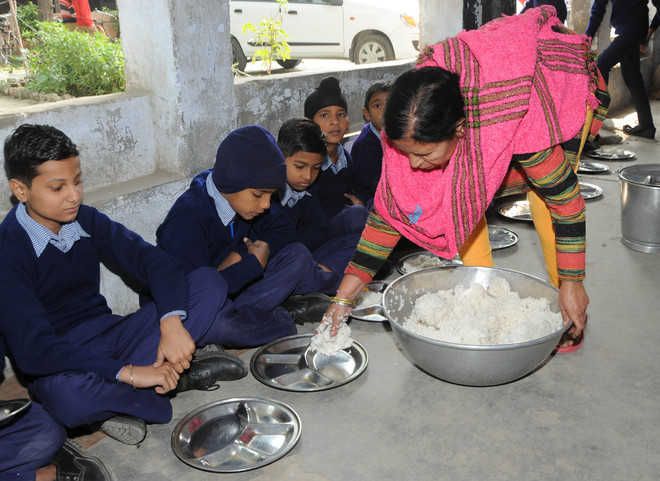 The protesters demanded regularisation of non-teaching staff members. The representatives of the union from district units of Muktsar, Mansa, Faridkot, Ferozepur, Barnala and Bathinda participated in the protest.

Earlier, the protesters carried out a march in the city and clang utensils to mark their protest against non-regularisation of SSA non-teaching staff. Later, they submitted a memorandum of demands to the office in charge of finance minister and also dropped “empty utensils” in front of his office in a symbolic protest that they would no longer buy into the “hollow promises” by the state government.

Talking to The Tribune, Deepak Bansal, president of the union (Bathinda unit) said, “We have been raising the demand of regularisation of jobs for a long time now but all the state government has done is to make hollow promises and never cared to honour them. So we held a protest today and kept utensils brought from our houses in front of the finance minister’s office to express our resentment over the apathetic stance of the state government.”

Daljinder Singh, state committee member of the union said, “While 8886 teachers under SSA were regularised in 2018 by the state government, over 1,000 employees of non-teaching staff under the scheme were not regularised till now whereas they have cleared a written exam and followed due process (merit list) to get a job under the scheme. Some employees have been rendering their services in the department for past over 10 to 14 years diligently but still awaiting regularisation of jobs till now.”