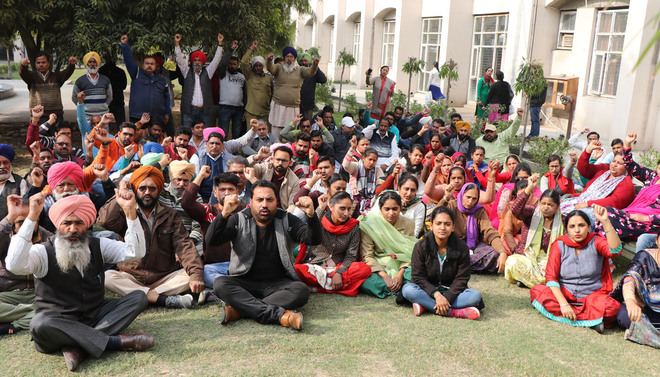 Members of the Punjab State Ministerial Services Union protest at the District Administrative Complex in Bathinda on Wednesday.

Members of the Punjab State Ministerial Services Union on Wednesday continued with their protest for the third day against the state government and the Finance Minister over unpaid salaries at the district Administrative Complex on Wednesday.

Several employees from the Irrigation, PWD Buildings and Roads and other departments observed a pen-down strike and staged a protest against the state government.

District president Kewal Bansal said, “Owing to the anti-people policies of the state government, employees are highly irked and facing financial problems, but the Punjab Government has stopped the salaries of the employees till an indefinite period claiming an empty state treasury.”

He said the employees were in deep waters due to delay in salaries as some of them were not even able to pay the school fee of their children.

They also condemned the arrest of joint employees’ manch leader Sukhchain Singh Khaira. They warned that if the salaries of the employees were not released soon, they would intensify the stir.

Today’s protest was joined by employees of the engineering wing, technical staff, clerical staff and other employees. 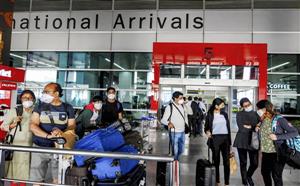