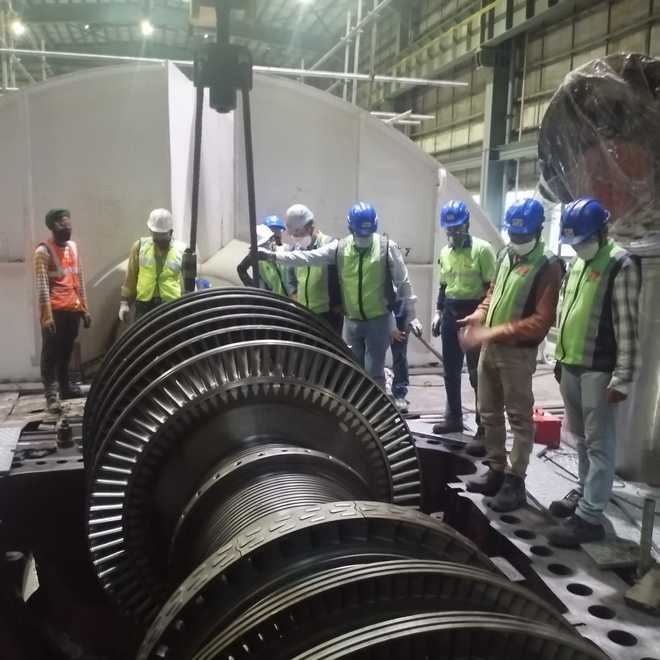 Experts at the Talwandi Sabo Power Plant in Mansa.

The power crisis in the state may take longer to be resolved as the Talwandi Sabo Power Plant (TSPL), which closed yesterday, may not be fully operational until the month-end.

Engineers from Korea on job

One of the major reasons for the frequent breakdown of the plant is the high dependence on domestic coal, which has high ash content, and the restrictions on coal import. Despite PSPCL’s support to get the supply of imported coal, the plant hasn’t been able to get the adequate low ash coal.

A team of Korean engineers and experts from BHEL, GE, and TSPL are working day in and out to identify and rectify the problem. One unit is likely to be restored shortly. The second one which stopped yesterday has minor technical snag and shall be restored within 48 hours.

Terming the current breakdown of two of their units unfortunate, TSPL officials said restoration of one of these was expected within 48 hours, while the other might take a little longer. “We are targeting all three units of TSPL to be operational and functional to the full capacity by the end of the month,” they stressed.

The first unit, which broke down in March, had an unprecedented failure. Such technical breakdown takes about a year’s time for resolve. However, TSPL has ensured the imported components are delivered within four months’ time. Vedanta’s Talwandi Sabo Power Limited is a supercritical 1980 MW world-class thermal power plant in Banawala, Mansa, and supplies 100% of electricity it generates to PSPCL.