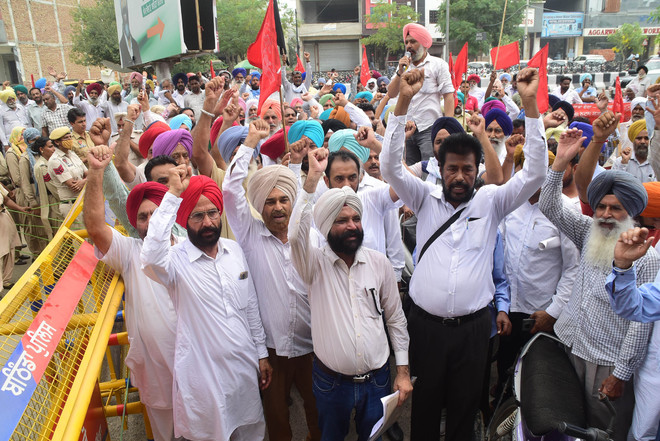 Hundreds of employees and pensioners of the Punjab Government today tried to gherao the residences of state ministers here in support of their demands.

As the employees gathered outside the high-security area in Sector 39, as part of state-wide protests, the police stopped them using trucks as barricades. When the employees tried to break through the barricading, the police fired water cannons and tear gas shells, causing minor injuries to some, while turbans of others were tossed as they jostled with the police.

Members of the Revenue Patwar Union, Punjab, staged a protest in Bathinda and Mansa districts, demanding laptops for online work