Tech varsity under lens for Rs5.81 cr payment to contractor 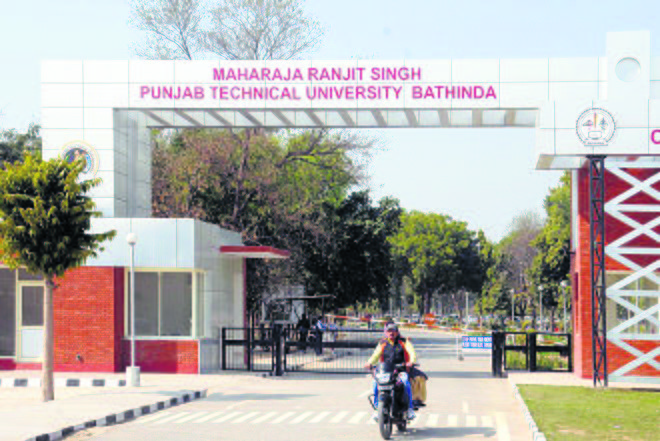 The Director, Technical Education, in a communication to the Vice Chancellor, Maharaja Ranjit Singh Punjab Technical University, has pointed out it was on record that the work done by the contractor had serious irregularities, despite that the payment was released.

The payment of Rs 5.81 crore to a contractor by the Maharaja Ranjit Singh Punjab Technical University (MRSPTU) has come under the scanner of the Department of Technical Education and Industrial Training.

The Director, Technical Education, in a communication to the Vice Chancellor, has pointed out that the directions on which the payment had been release to the contractor in July 2020 are of Government of India’s (GoI) and directly not applicable to the university.

The Director, Technical Education, in a communication to the Vice Chancellor, Maharaja Ranjit Singh Punjab Technical University, has pointed out it was on record that the work done by the contractor had serious irregularities, despite that the payment was released. The university has been asked to reveal the names of the officials responsible

The Director has asked the university to explain “how the DLP (defects liability period) amount of Rs 5.81 crore can be released to the contractor before the completion of the work.” The DLP provides a defined period during which a contractor is required to remedy defects in the works at own cost.

At the time of the release of the payment there was no official word stating instructions that had been adopted by all engineering wings in the state nor the technical education department released any letter stating that the university should adopt the GoI directions.

In July 2020, when the DLP payment was released, it was clear that the contractor was awarded a contract of Rs 98.35 crore only and Rs 117.16 crore and more was released to him, this despite the fact that it was on record that work done by the contractor had serious irregularities.

for not bringing these points on record.

letter had been issued to Vice Chancellor, Maharaja Ranjit Singh Punjab Technical University, and a reply was awaited.

Earlier, it had reportedly came to the light that against the work of constructing an administrative block, lecture theatre and departments, awarded for Rs 98.31 crore, the cost had escalated to Rs 140 crore.

Following this, the Director, Technical Education, had asked the university to explain who authorised the works of additional Rs 42 crore as once the tender was awarded for Rs 98.3 crore, not a penny more should have been paid without the approval of the Board of Governor (BoG).