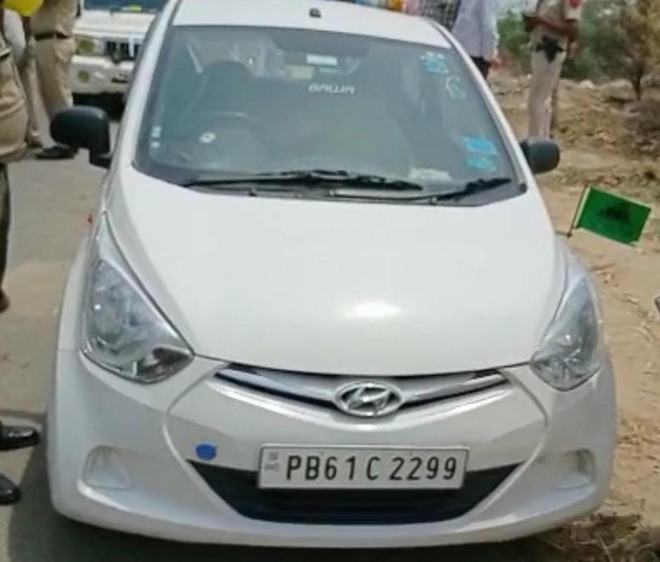 The car in which the bank money was being transferred.

Two unidentified motorcycle-borne miscreants allegedly opened fire on two private bank officials in a car on the Jalalabad-Muktsar road and robbed them of Rs 45 lakh today.

When they reached near Jalalabad town, the miscreants opened fire on them. One of the bullets hit the front window screen of the car but the officials had a narrow escape.

According to eyewitnesses, the motorcycle did not carry any registration number. The sources said the police were investigating why the cash was being transferred in a private car instead of the security van. The officials carrying the cash were without firearms.

Senior Superintendent of Police, Fazilka, Deepak Hilori said they would crack the case soon. Police teams have been dispatched to different locations and nakas have been set up to nab the culprits. — OC