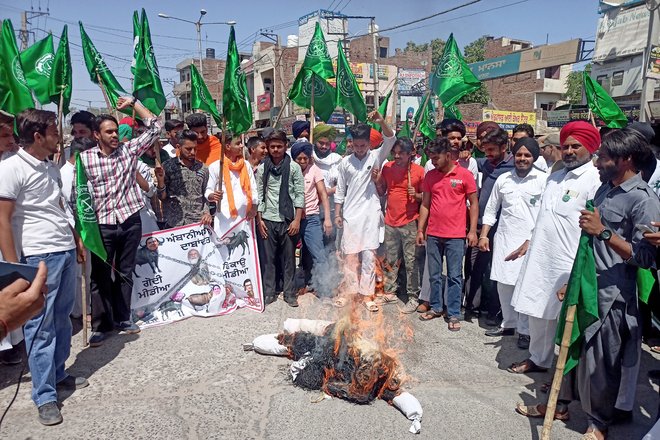 Farmers burn an effigy of a corporate house in protest against the agri laws in Mansa. Tribune photo

After paying obeisance at Takth Damdama Sahib at Talwandi Sabo, Charuni said: “There is a difference between Lakha Sidhana and Deep Sidhu. Sidhana only broke discipline, whereas Sidhu’s actions not only hit the farmer agitation but could have caused communal riots... we have decided to bring back Sidhana into the SKM fold.” On direct bank transfer in Haryana, Charuni said the government was taking such decisions to destroy mandis. — TNS

Water sold in Remdesivir vials for Rs 28,000 to Covid-19 patients in Maharastra