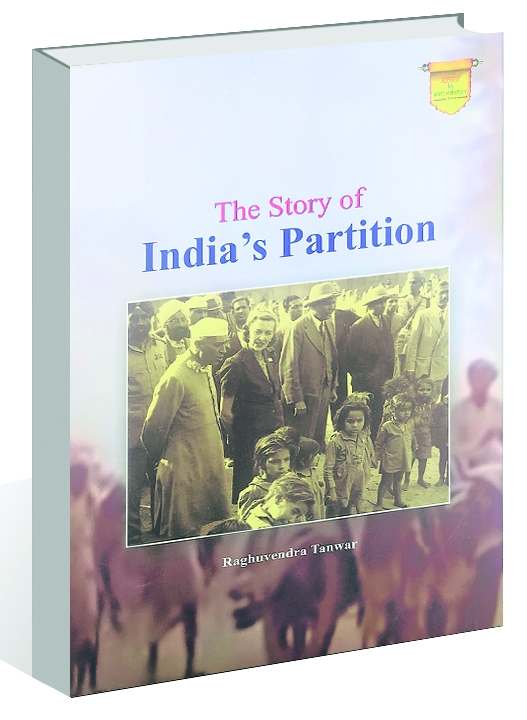 There had been talk of Partition for long, but the announcement came suddenly — division of the country had been preponed. All talk of how it should pan out was left in the lurch, news of violence started trickling in. Communal strife raised its head; mass exodus, the biggest-ever in the history of mankind, ensued. In the 75th year of India’s Independence, the interest in how the Partition happened only seems to grow. Historian and Professor Emeritus at Kurukshetra University, Raghuvendra Tanwar jots down a brief history of the momentus event in ‘The Story of India’s Partition’. The author also goes back to the first responses from important names of the time, underlining these with rare photographs sourced from libraries and archives in India and the UK, and other visual elements like maps, shocked reactions of the press, explanatory notes on how the idea of Partition was “ill-founded” from day one, etc.

‘Invictus’ is a story of a bunch of kids learning their biggest life lessons in the most unfriendly place — the dense and dangerous jungles of Tawang in Arunachal Pradesh. In the book, Nidhie Sharma, now a documentary filmmaker, revisits that day when she, along with five other Army children, found themselves lost, with no gear, no food, no telecom devices. With inclement weather, thick cloud cover, swollen streams raging downwards and lurking predators, the children faced their hardest test ever. As the daunting jungle slowly unravelled its plans, they had to find a way out before sundown. Nidhie, the oldest at 13 then, says she learnt quickly that the jungle was alive and it found your fears faster than you found your strength. The tagline of the book, ‘The Jungle That Made Me’, explains how she still values the lessons learnt that day. A compelling first-person account of survival against all odds.

Author Shivam Shankar Singh says the key to power in the modern world is the ability to shape people’s thoughts, and this means that everyone from politicians to nation-states is constantly working to influence what facts we come to believe. Sophisticated information warfare techniques are constantly being used by different actors trying to build competing realities around us. His book, co-authored with Anand Venkatanarayanan, demystifies those techniques and details just how the war to manipulate our thoughts is being waged. With their expertise in the interlinked realms of politics, technology, social media and cyber security, they dive into the operations of political parties, cyber criminals, godmen, nation-states and intelligence agencies from around the world to explain how the power to manipulate your thoughts is being harnessed, and how information warfare is shaping your life and world.