‘The Sindhis — Selling Anything, Anywhere’ is story of the quintessential Sindhi businessman : The Tribune India

‘The Sindhis — Selling Anything, Anywhere’ is story of the quintessential Sindhi businessman 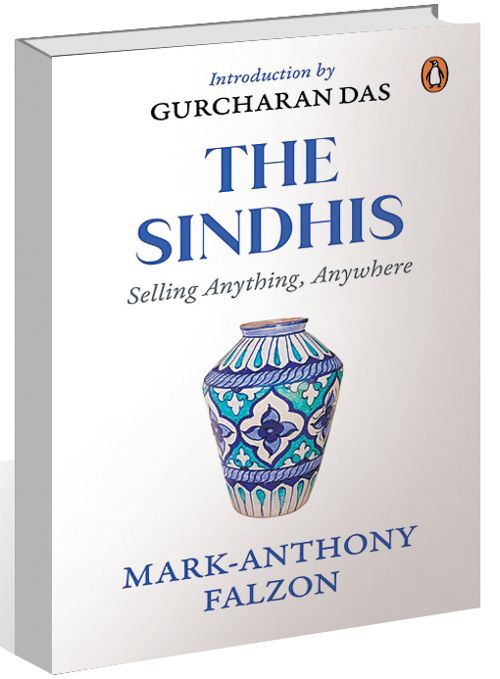 ‘IF you meet a Sindhi and a snake, kill the Sindhi first.’ The derogatory stereotype opens Mark-Anthony Falzon’s ‘The Sindhis: Selling Anything, Anywhere’. But at the very outset, the author rejects any generalisation about the Sindhis. Unlike the ostentatious, loud, money-minded caricature portrayed in many Bollywood movies, Falzon’s protagonist, in his own words, is the individual entrepreneur on the lookout for opportunities at all times. This protagonist is a tiny part of the well-networked Sindhi community, which had to leave its home in Pakistan after Partition.

The 13th book in Penguin’s multi-volume series ‘The Story of Indian Business’, with an introduction by series editor Gurcharan Das, it narrates the stories of community’s hard work, self-reliance and spirit of enterprise. What distinguishes the Sindhis from other business communities is their global trade network, in existence since early 19th century. In 1891-92, for instance, the foreign trade in Sindh spread across 37 countries. They imported luxury goods, metals, glass, chinaware, besides exporting Sindhwork curios, handicrafts, textiles, saffron, horses, leather, etc. The patrons kept changing though: from Talpur Mirs in Hyderabad (now in Pakistan) to the British after the annexation of Sindh in 1843.

Partition brought them en masse to the commercial hub of Bombay, and not to strictly vegetarian Indian states like Gujarat and Rajasthan. Many also moved to countries where they already had businesses, making them a global trade diaspora. Sindhi communities developed in places as diverse as Gibraltar, Ceylon, Gold Coast, Malta, Singapore, Sierra Leone, UK and Japan. All this while, Sindhi bhaibands (brotherhood) managed to keep the social fabric intact by employing and supporting their own. Within this widespread community, information, goods, services and credit flows helped all to source the best-priced goods. When things got tough, they drew on this network of family, friends and co-ethnics. The author is careful to mention that not all Sindhis could draw on the pedigree of the networked Karachi merchants, Hyderabadi Sindhworkis or Shikarpuri shroffs (indigenous moneylenders).

The seven chapters tell stories of resilience and entrepreneurship — be it successful Sindhworkis like Seth Naomul Hotchand, the ‘Three Cs’: JT Chanrai, K Chellaram and T Choitram, or small-time moneylenders or banias, who moved to Bombay’s Kalyan refugee camp and started business in whatever line they could. They soon turned Ulhasnagar into a ‘hothouse of enterprise’, readily diversifying and selling anything that had demand. Just as Harilela of Hong Kong, who specialised in tailoring ‘24-hour suits’, making hundreds of suits in a day, diversified into real estate and hospitality.

Anecdotes dotting the book bring a flavour of their business acumen and competitive shrewdness. For instance, a Sindhworki employee was instructed by his manager to take up stamp collecting, the idea being that any stamps passed on to him by employees of other firms could be used to piece together trails of business connections.

It was not easy for Sindhis to start afresh at places with already established local businesses. They often found themselves caught up in legal and other regulatory regimes. But they survived. At one time, the reputation of Sindhi businesses of Ulhasnagar became synonymous with the manufacture of fakes. Once when there was demand for imported clothes, the bazaars of downtown Bombay became awash with goods proudly labelled ‘Made in USA’, only ‘USA’ stood for Ulhasnagar Sindhi Association.

Similarly, when Malta banned wage discrimination by gender in 1976, Sindhi businesses quickly responded to the demand for smart readymade clothes for the women workforce. The Sindhi network helped the formation of cooperative housing societies, including one of the earlier ones in the 1960s, starting with a capital of merely Rs 2, all thanks to the homegrown business model.

Many a story uses pseudonyms since the community likes to maintain a low profile and does not involve itself in any politics. A distinctive trait that comes across is the community’s readiness to move and take risks, coupled with its ability to bounce back.