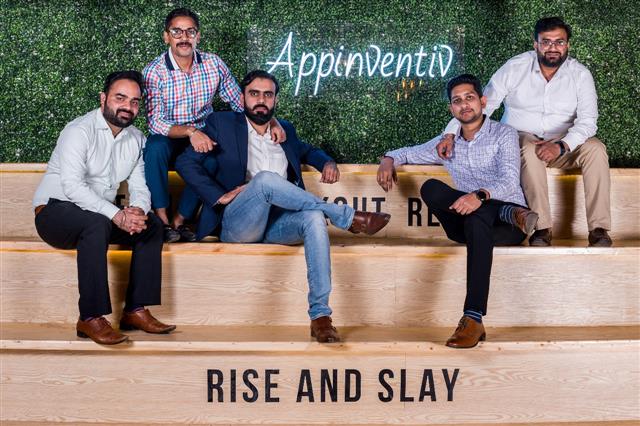 Appinventiv is part of a rare segment of the startup space – bootstrapped companies who don’t seek VC funding to lift off, and pave their own path to success.

When you hear of a startup bootstrap, more often than not, it is because they cannot secure VC investment on attractive terms. But for a few companies – built with conviction around a strong core idea and success-driven philosophy – it is because they don’t want, or rather need the VC money to lift off.

Appinventiv, now an industry leader in the digital product development space, for example, wanted to bootstrap as much as possible to preserve the company’s freedom to act in the initial phase and to maintain its core ideology – catalytic growth while preserving an employee-centric culture.

And, in just six years, its success stands testament to the fact that lack of VC money is not the crutch for nascent startups as it is made out to be. Appinventiv’s exponential growth has seen it become the fastest growing digital transformation company globally, with its revenue expected to grow to Rs 100 crore+ in 2021 from Rs 40 crore in 2020.

That a six-year-old bootstrap startup is planning to invest up to a million dollars (US) in as many as five startups is proof that it is not only possible for a company to foster continuous innovation while remaining a bootstrap startup but also profitable.

Saurabh Singh, director and chairperson at Appinventiv, explains why the founders wanted to ‘bootstrap’ their way to success:

“Right from the start, we envisioned a company that can pave its own path to success without compromising on the company’s core culture and ability to adapt, innovate and develop new products as quickly as possible. Since innovation is at the core of our business, we wanted to retain control to prioritise technological advancements.”

“Startups often make lofty claims but fail to deliver, so we decided to let our innovation, technical prowess and the subsequent success do the talking,” he added.

Appinventiv, as an organization, has mastered digital technologies and drives innovation by fostering employee growth. The company has experienced success by being on the cutting edge of innovation, staying current with technology through their innovation lab and by rapidly adapting strategies that address both the challenges and opportunities created in an ever-evolving market space.

This ability helped the company to not just survive, but thrive during the COVID pandemic – as the world economy suddenly pivoted to digital.

The Google Certified Digital Transformation Agency helps craft next-gen software development solutions that are not only secure & scalable but also strapped with the latest technology to help clients get that competitive edge.

It is also renowned for working with futuristic technologies and its state-of-the-art innovation lab, that helps integrate new-age tech like gesture mechanism, neural network connections, decentralisation, quantum computing, blockchain, wearable tech, AR & VR, IoT etc, to create some of the most immersive products in the market.

The company has an enviable track record of delivering many successful projects, driving over 1,500 businesses across the globe towards unprecedented growth – including Fortune 500 companies, governments in India (both state and Centre) & Qatar, and global brands such as Oracle, NASA, KPMG, IKEA, Vodafone, Dominos, ABP Live, Asian Bank, and Pizza Hut.

Its ability to create ideas and produce exceptional outcomes has led to its global success, with notable clients in the US, Middle East, Europe, Australia, and New Zealand. The company has also helped three-fourth (74 percent) of its startup division partners to go big and raise multi-million-dollar investments.

Appinventiv’s founders believe that the ultimate driver of a company's success is its people, and have always fostered employee growth by creating a culture of continuous learning. A primary focus of the company has been to reskill and upskill its people. The company's senior leadership also backs all workers to submit their ideas, to keep alive the culture of entrepreneurship – the bedrock of Appinventiv’s success.

The company’s restless drive for innovation and the passion of its employees helped Appinventiv get recognised as an industry trailblazer, when it was awarded ‘Best App Development Company' at the Indian Digital Enabler Awards 2020.