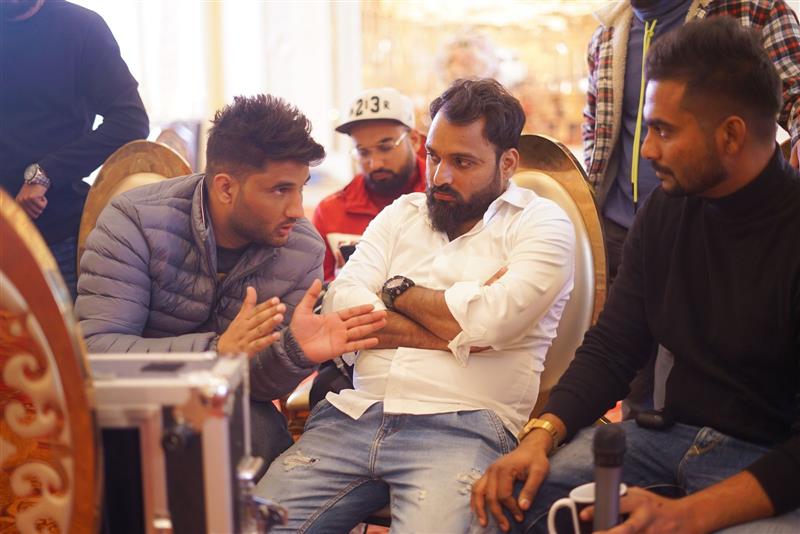 “If the director himself writes the script or screenplay of the drama, movie etc., the direction becomes perfect because he already imagined each shot nicely in his brain while writing the screenplay!” ― Md. Ziaul Haque

the above-mentioned quote aptly fits the working ethics of Rav Dhillon, who is a sensation in the Punjabi music industry. Ravinder Singh is better known by his stage name Rav Dhillon and is an established video director behind trending and relatable Punjabi music videos. Rav Dhillon was born and brought up in Rajasthan but he moved to Chandigarh to realize his long-awaited dream of directing a music video. After that, there was no stopping for him as his songs topped the printing charts on both audio and music video streaming platforms.

Rav Dhillon has an extensive background in working with music artists to conceptualize befitting videos for their songs. It is no surprise that his ideas are doing so well in the Punjabi music industry because he micro-manages every shot with a clear vision of the continuity between the start and the end of the video. Rav Dhillon has worked with many Bollywood celebrities and actors who have featured in his music videos. his noteworthy music videos have Incorporated artists like Karan Randhawa, Afsana Khan, Karan Kundra, Amulya, Rohit, Satbir Aujla, and many more. Rav Dhillon has managed to reach the pinnacle of success in music video production at such a tender age of his career. He is an exemplary creator who has managed to enchant audiences with deeply connecting and relatable music videos. The viewer's count of Rav Dhillon's music videos is so high that crossing hundreds of millions of views is not a problem for them.

Rav Dhillon explains why his music videos have become so popular in the Punjabi music industry. He says, " Music itself is a very relatable and soothing art form. When you combine music with a befitting video you are able to present an idea of what this song is trying to convey. It is an arduous process to conceptualize and then execute a music video with artists who are a great fit for that production venture. I have been fortunate to work with such talented artists who easily mold themselves according to my vision of a music video."