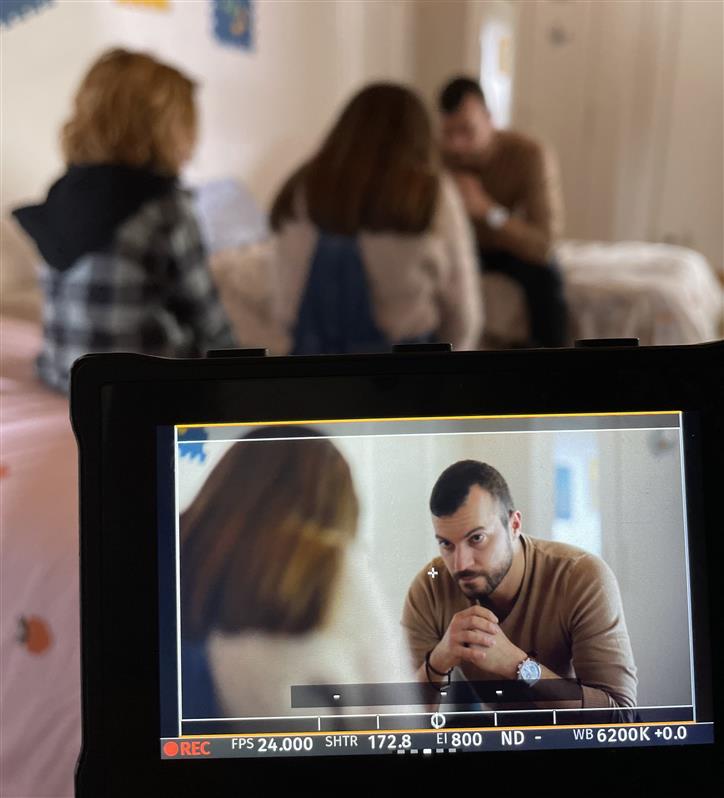 How did he go from being a busy British businessman, competing in motorsport at a professional level, and managing companies within defense and real estate to producing and acting in Turkish movies?

For Sam Reklaw it was a combination of chance and a strong affinity for film.

In December 2019, Sam was due to fly from Tokyo to Madrid via Istanbul, and the evening before, he watched a movie in his hotel room that was shot in Istanbul. The city looked so beautiful to him that when he landed there he purposefully missed his connecting flight.

He spent three days wandering the city and says he had the best kebab in his taxi with a Turkish woman he had met. In April of 2020, Sam wanted to move to Istanbul but was prevented from doing so by the pandemic. He eventually did get to make the move later that year.

Sam got into cinema as a co-producer, investing in a American/Turkish film, but when the script needed an English speaking actor, he decided to try something he had never done before. He took acting lessons on set, and took on one of the lead roles in the film ‘Shame’. The experience of acting in his first film was a challenging one, as he was one of the only English speaking crew on the set. But despite that and some difficult weather and logistics, Sam feels he should be awarded an Oscar for his first attempt at acting with a hint of sarcasm.

Sam describes acting as being like high school drama, stating that, “what’s going on behind the camera is more dramatic than the movie itself.”

When asked how he was able to step into the film sector, so vastly different from his previous experience, Sam replied, “I really wanted to enter the movie industry. This movie was a doorway.  Acting and cinema is a great love for me. I took acting lessons. I worked with a successful acting coach on the set.” In Sam’s mind, Turkish films are on their way to replacing Hollywood as the centre for good cinema. Although he had never watched Turkish TV before, not knowing the language, during his time living in Latin America, he had noticed that Turkish television was extremely popular, and that had piqued his interest.

"The film making world seems like the hardest trade" Sam says, and he describes it as stressful and difficult, despite being colourful. The challenges facing film producers are many, and occur both behind and in front of the camera, but that has not been enough to put Sam off doing future productions. He has two movies in the pipeline for the near future. One is his own dark humour Turkish film which will follow a band of strangers road tripping through Turkey and getting themselves into all kinds of trouble. The other is currently a secret but is a joint European/Indian production, putting his own film on hold for the present. Sam also dreams of making a documentary on "the birth of human history" in Turkey, tapping into the country's many resources, such as the Göbeklitepe archaeological site.

It looks like we’ll see him in Bollywood very soon.