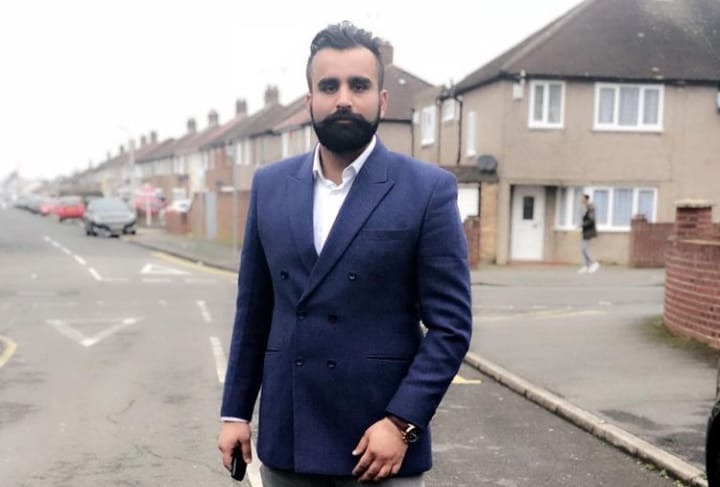 In the last few years, authentic Punjabi songs are dominating the charts. We have seen the rise of various independent artists and production houses that have gifted us some amazing music to enjoy. One such music producer is Punjab's Sandy Joia, aka Surinderpal Singh. Sandy is the owner of Outlaw Records and a renowned name in the music industry.

Sandy Joia always had big dreams and wanted to make a name for himself in the field of art and music. While singing is not his cup of tea, he decided to give talented youngsters a chance to showcase their skills. With Outlaw Records, Sandy collaborated with various homegrown talent and released several Punjabi tracks with thousands of views and likes on YouTube.

Some of the artists with whom music producer Sandy Joia collaborated with Outlaw Records are Minda, Ekam Sudhar, Veer Sandhu, Vikram Gill, Navaan Sandhu, Varinder Brar, and Roop Bhullar. The songs that helped Sandy and his production house reach the pinnacle of success are Navaan Sandhu's "Black-life," Minda's "Thik-Thak," Kyu Nahi Dekhda", and Sidhu Moosewala's "Muuchh", and several others.

Sandy Joia, aka Surinderpal Singh, says he is a big fan of art, cinema and music. He was asked why he decided to work with independent artists instead of working with established singers. The popular singers would've helped him with immediate success, but the music producer has an interesting point of view. The Outlaw Records founder shares, "I think everyone should get a chance to show what they are good at. Yes, working with famous singers would've helped me with early success, but what after that? These are talented singers and people know their work. But I wanted to launch new faces and musicians who are curious, full of dreams and build a connect with today's youth with cheerful Punjabi tracks."