Apple’s new iPhones, watches are coming at a tough time for consumers : The Tribune India

Apple’s new iPhones, watches are coming at a tough time for consumers

Analysts expect Apple to announce that the latest iPhones can send emergency messages using satellites at the event titled ‘Far Out’ at its Cupertino, California, headquarters 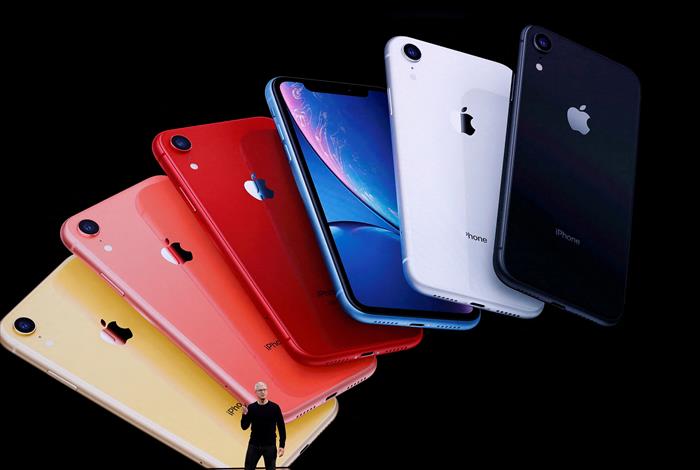 CEO Tim Cook presents the iPhone 11 at an Apple event at its headquarters in Cupertino, California, US, on September 10, 2019. Reuters file

Apple Inc on Wednesday is expected to unveil a new range of iPhone 14 models and Apple Watches that will test how willing consumers are to upgrade gadgets in the face of inflation and economic gloom.

Analysts expect Apple to announce that the latest iPhones can send emergency messages using satellites at the event titled “Far Out” at its Cupertino, California, headquarters.

To be sure, the world’s most valuable listed company will also likely keep some older or less advanced models at lower prices, and to date Apple’s relatively affluent fan base has shown more willingness to keep spending despite high inflation.

But the new models will be Apple’s sales anchor during holiday shopping seasons in Western markets during a turbulent period.

“Apple is not immune to economic weakness,” Bernstein analyst Toni Sacconaghi wrote in note to clients.

This year’s iPhones may have the ability to send emergency messages through a satellite internet connection when WiFi and mobile networks are not available. The messaging functions would likely be rudimentary, and other companies are working on similar functions. SpaceX founder Elon Musk said last month T-Mobile will use its satellites to connect phones directly to the internet.

Bob O’Donnell of TECHnalysis Research said that the peace of mind from being able to send emergency messages could spur Apple users to upgrade their phones for the satellite feature.

“Even though it’s not something you do every day, it’ll change your perspective on what you do with your phone,” he said.

Analysts also expect Apple to show a new range of Apple Watches, including an upgraded budget model called the SE and a Series 8 Watch. They also expect a new high-end watch called the Apple Watch Pro that will likely include new features for athletes, taking aim at rivals such as Garmin Ltd.

But while accessories like the Apple Watch have driven incremental sales from Apple’s existing user base, the iPhone remains the bedrock of its business with 52.4% of sales in its most recent fiscal year. Investors have been watching for Apple’s next major product category since the Apple Watch launched in 2015.

Some analysts believe Apple might give a preview of that future by showing a mixed-reality headset on Wednesday. The device is expected to have cameras that pass-through view of the outside world to the wearer while overlaying digital objects on the physical world. Analysts do not expect the device to go on sale until next year at the earliest.

An early preview would be rare for Apple, which keeps its product plans secret until just before devices hit the market. A rival headset called Project Cambria is in the works from Meta Platforms Inc, which is spending billions of dollars on the project.

But in order to have compelling apps for a new headset, Apple might need to give developers time to become familiar with it. “Developing for a new and radically different type of platform is going to take people a lot longer,” O’Donnell said. Reuters