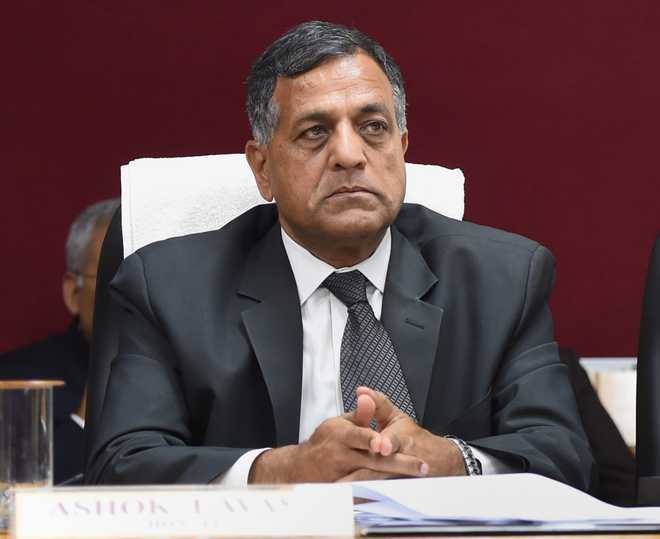 Election Commissioner Ashok Lavasa, who is known for his dissenting views in the poll panel, is all set to join Asian Development Bank at Manila in Philippines, as the multilateral financial agency has appointed him its vice-president to look after private sector operations and Public-Private Partnerships (PPPs).

In an order appointing Lavasa as its vice-president, the ADB said: “He has a long and distinguished career in the Indian civil service. He is currently one of the Election Commissioners of India and previously served in a range of senior posts in the government of India”. He will succeed Diwakar Gupta, whose term will end on 31 August, it added.

It said Lavasa is a distinguished Indian bureaucrat, who held positions like “Union Finance Secretary of India; Union Secretary for the Ministry of Environment, Forests, and Climate Change; and Union Secretary for the Ministry of Civil Aviation”. He has “extensive experience in public-private partnerships and infrastructure development at the state and federal levels, with deep knowledge on public policy and the role of private sector’, it added.

Lavasa is going to be the second only in the history poll panel to prematurely relinquish the post. He had joined the Commission on January 23, 2018, and was due to retire from the poll panel in October 2022 as Chief Election Commissioner.

Lavasa had hit the limelight during 2019 Lok Sabha elections, when he gave his dissenting note to the panel’s decision to give clean chit to Prime Minister Narendra Modi and then BJP president Amit Shah in cases of violation of Model Code of Conduct (MCC).

The agency further said that Lavasa led the Indian delegation in the climate change negotiations for the Paris Agreement and was instrumental in finalising India’s nationally determined contributions, which included a major role of the private sector.

“At both policy and project levels, he made significant contributions to the inclusion of the private sector in many development programs in India for different sectors such as energy, agriculture, finance, and infrastructure. As Joint Secretary in the Department of Economic Affairs, he worked closely with many ADB projects that had private sector components,” the ADB said in the statement.

Lavasa has an MBA degree from Southern Cross University in Australia, and MPhil in Defense and Strategic Studies degree from the University of Madras.