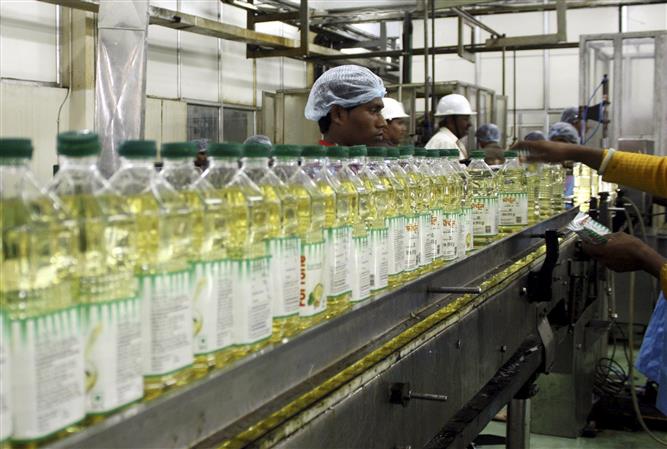 The Centre on Sunday imposed stock limits on traders of edible oils and oilseeds, barring importers and exporters, till March 31, to check rising domestic prices and give relief to consumers.

Already, futures trading in mustard oil on the NCDEX platform has been suspended from October 8, it said.

Edible oil prices in the domestic retail markets have shot up sharply in the past one year due to global factors and local tight supply situation. “The decision will soften the prices of edible oils in the domestic market, thereby bringing great relief to consumers across the country,” according to a statement by the Food and Consumer Affairs Ministry.

As per the order issued to all states, state governments and union territories will decide the stock limit to be imposed on edible oils and oilseeds after taking into account the available stock and consumption pattern of that particular state or UT.

However, certain importers and exporters have been exempted from the stock limit. The exemption is given to those exporters (being a refiner, miller, extractor, wholesaler or retailer or dealer) who have an Importer-Exporter Code Number issued by the Director General of Foreign Trade (DGFT) and are able to demonstrate that the whole or part of his stock are meant for exports and to the extent of the stock meant for export.

The exemption is also given to those importers (being a refiner, miller, extractor, wholesaler or retailer or dealer) who are able to demonstrate that part of his stock in respect of edible oils and edible oilseeds are sourced from imports, the ministry said.

In case, the stocks held by respective legal entities are higher than the prescribed limits then they shall declare the same on the portal https://evegoils.nic.in/EOSP/login.

The states have been asked to ensure stock details of edible oils and oilseeds are regularly declared and updated on the central government’s portal, it said.

The Removal of Licensing Requirements, Stock Limits and Movement Restrictions on Specified Foodstuffs (Amendment) Order, 2021, has been issued with immediate effect from September 8, it added.

According to the ministry, high prices of edible oils in the international market have a substantial impact on the domestic edible oil prices. However, the government has formulated a multi- pronged strategy to ensure that prices of essential commodities like edible oils remain controlled.

Measures like rationalisation of import duty structure, launching of a web-portal for self-disclosure of stocks held by various stakeholders had already been taken, it said.

According to Consumer Affairs Ministry’ data, average retail prices of soya oil were ruling at Rs 154.95 per kg on October 9, this year, 46.15 per cent higher than Rs 106 per kg in the year-ago period.

India meets more than 60 per cent of its edible oil demands through imports.