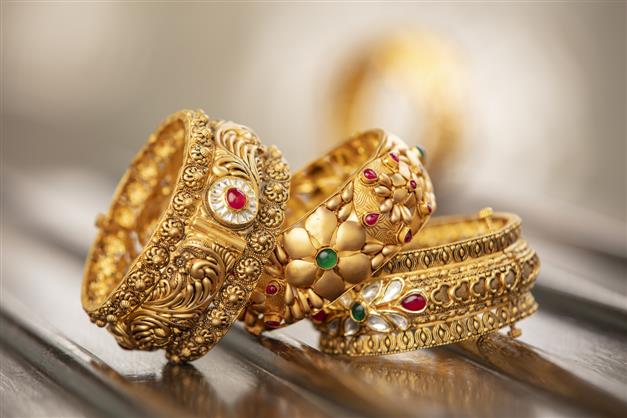 The Centre on Saturday urged the All India Gem and Jewellery Domestic Council to revisit its decision to go on a strike on August 23, calling the mandatory hallmarking of gold jewellery first phase of the implementation a “grand success”, assuring that the “government is fully committed to addressing the genuine demands”.

“Hallmarking scheme is turning out to be a grand success with more than 1 crore pieces of jewellery hallmarked in a quick time. The number of registered jewellers has increased to 91,603,” Bureau of Indian Standards (BIS) Director-General Pramod Kumar Tiwari today said talking to the media. The government, he said, had been “accessible and sensitive to the demands of the jewellery industry and shown an exemplary sense of appreciation and accommodation of their genuine demands”.

“I heard some associations have given a call for strike…strike for what? The government is listening to every issue raised by stakeholders, the idea (of strike) is uncalled for,” he said.

The strike call has been given by an umbrella body of associations and federations representing gems and jewellery industry against the Centre’s “arbitrary implementation of mandatory hallmarking of gold jewellery with hallmark unique identification number (HUID)”. “It is taking almost 5 to 10 days to hallmark the products, resulting in complete bottleneck and the industry is suffering,” they claim.

Tiwari, however, said many jewellers associations opposed the strike at a recent meeting and supported the new HUID system calling it a “brand name for small and medium jewellers in the country”.

Responding to questions regarding the time being taken, he said during the fortnight between July 1 to July 15, 14.28 lakh pieces were hallmarked.

“The number increased to 41.81 lakh between August 1 and 15. In a single day, on August 20, 3.90 lakh pieces were hallmarked. There should not be any problem in hallmarking 10 crore pieces of jewellery in a year, which is the estimated number of jewellery pieces if hallmarking became mandatory across the country,” he said

“HUID is in the interest of the country and consumers. This is a big initiative.

“If some people (jewellers) have problems, there is no basis for that. Those who are thinking about strike, I want to appeal to them that they will not get a more sensitive and responsive government than the current one,” he said, asking GJC to reconsider its decision.

“HUID-based hallmarking a win-win situation for everyone, as it brings about transparency in the functioning of the industry, ensures consumers’ right to get the right stuff for their money and obviates the chances of Inspector Raj.

“Anyone can get existing jewellery hallmarked and get true valuation of gold and their savings. Implementation of Hallmarking is a work in progress.

“The Government is in a constant dialogue with jewellers and the benefits of scheme are being appreciated by most of them,” the BIS DG added.