Despite chill in ties, India-China trade on course to touch record USD 100 billion-mark

From India’s point of view the trade deficit, which remained a concern over the years, reached USD 46.55 billion and is expected to climb further by the year-end 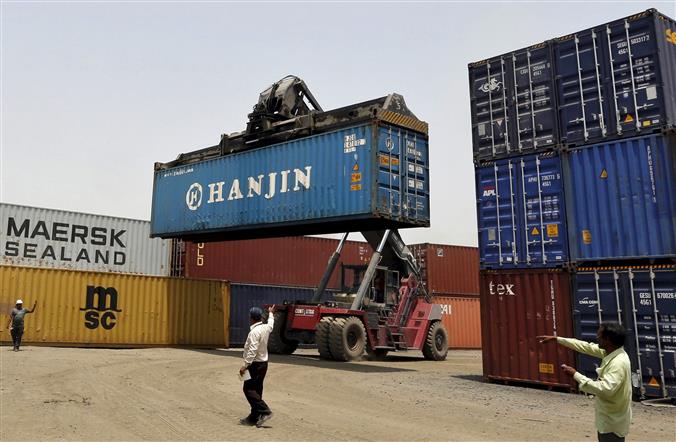 The India-China trade volume looks set to cross the record figure of USD 100 billion this year as the total has already touched USD 90 billion in the first nine months, despite a chill in bilateral relations due to the continuing military standoff between the two countries in eastern Ladakh.

China’s total imports and exports expanded 22.7 per cent year on year to 28.33 trillion yuan (about USD 4.38 trillion) in the first three quarters of 2021, official data showed on Wednesday.

The figure marked an increase of 23.4 per cent from the pre-epidemic level in 2019, according to the General Administration of Customs.

The bilateral trade between India and China totalled to USD 90.37 billion by the end of September, an increase of 49.3 per cent year-on-year (YoY), according to the nine-month data released by the Chinese customs.

China’s exports to India went up to USD 68.46 billion up 51.7 per cent YoY, apparently aided by massive imports of urgent supplies, like oxygen concentrators, when India was in the grip of the second wave of the Covid-19 pandemic in April and May this year.

The Indian exports totalled to USD 21.91 billion, registering a noteworthy increase of 42.5 per cent.

However, from India’s point of view the trade deficit, which remained a concern over the years, reached USD 46.55 billion and is expected to climb further by the year-end.

Observers say with three months still remaining, the target of USD 100 billion trade previously set by both the countries was expected to be reached this year despite the eastern Ladakh impasse. PTI