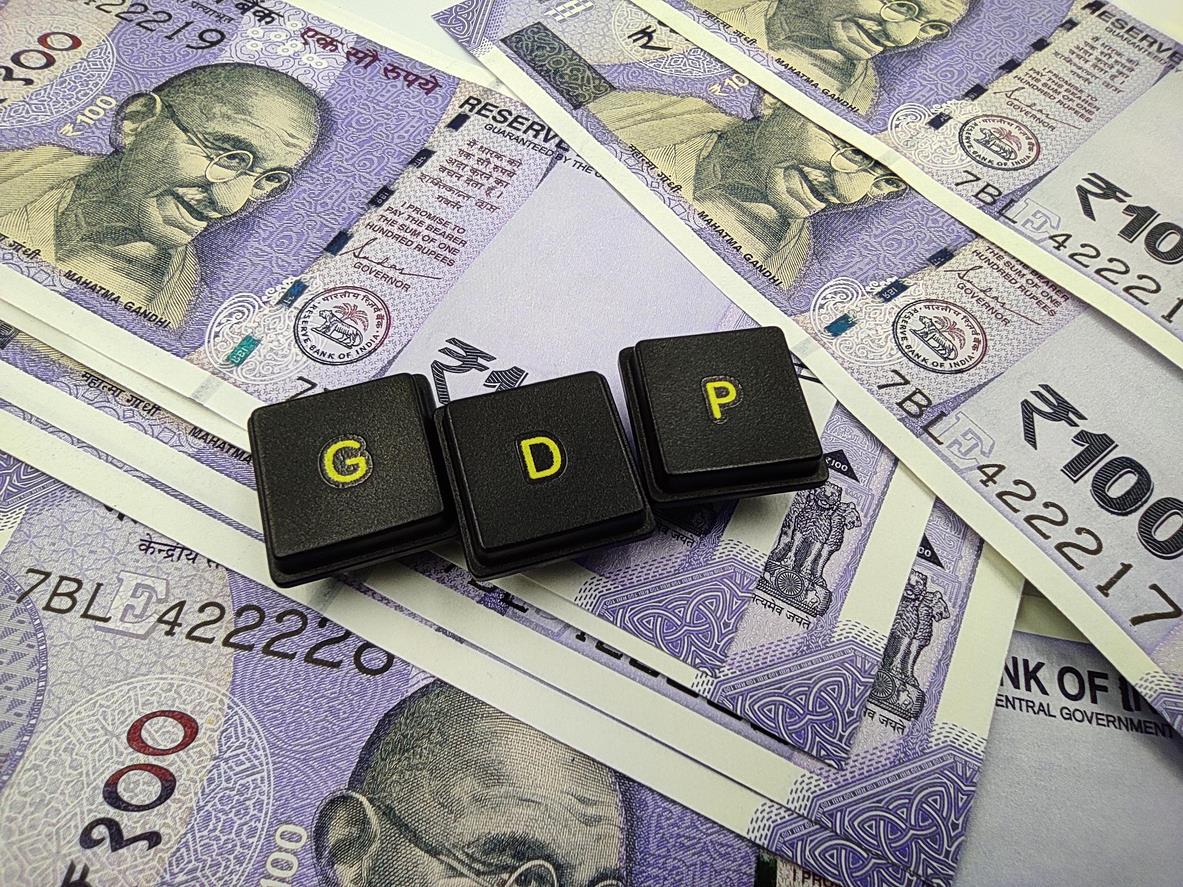 India's economic growth slowed down to 6.3 per cent in the July-September quarter of this fiscal, dragged down mainly by the poor performance of manufacturing and mining sectors, official data showed on Wednesday.

However, India remained the fastest-growing major economy as China registered an economic growth of 3.9 per cent in July-September 2022.

The Indian economy grew by 8.4 per cent in July-September, 2021-22, as per the data released by the National Statistical Office (NSO). The gross domestic product (GDP) expanded by 13.5 per cent in the April-June quarter this fiscal.

The second quarter GDP growth is almost at par with the RBI's projection of 6.1 per cent to 6.3 per cent released earlier this month in one of the articles published in its bulletin.

The real GDP in absolute terms stood at Rs 33.10 lakh crore in the July-September quarter of 2020. It had contracted by 6.6 per cent in the second quarter of 2020-21 on account of the staggering impact of lockdown restrictions to curb the spread of coronavirus.

The GVA growth in the farm sector is 4.6 per cent in the second quarter compared to 3.2 per cent a year ago.

However, the GVA  in the manufacturing sector contracted 4.3  per cent during the quarter from 5.6 per cent growth during the year-ago period.

The electricity, gas, water supply and other utility services segment grew by 5.6 per cent in the quarter compared to 8.5 per cent a year ago. GVA growth in the services sector -- trade, hotel, transport, communication and services related to broadcasting -- was 14.7 per cent during the second quarter against 9.6 per cent.

Financial, real estate and professional services grew by 7.2 per cent in the first quarter over 6.1  per cent earlier.

Public administration, defence and other services posted 6.5 per cent growth against 19.4 per cent in the second quarter of the last fiscal.