The minister emphasises that she expects the economic growth next year to be in the range of 7.5-8.5 per cent, which will be sustained for the next decade 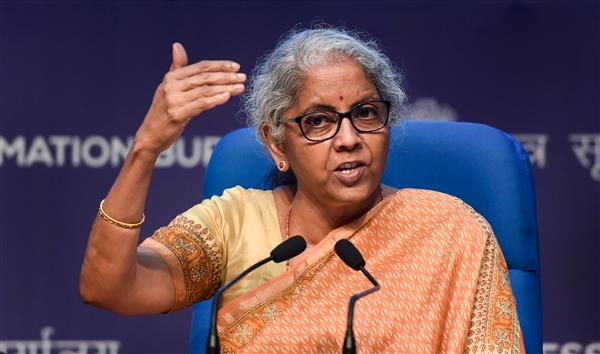 India is looking at near close to double-digit growth this year and the country will be one of the fastest-growing economies, Finance Minister Nirmala Sitharaman has said.

The minister also emphasised that she expects the economic growth next year to be in the range of 7.5-8.5 per cent, which will be sustained for the next decade.

“As regards the growth of India, we are looking at near close to double-digit growth this year and this would be the highest in the world. And for the next year, on the basis of this year, (the) growth would definitely be somewhere in the range of eight (per cent),” Sitharaman said here on Tuesday during a conversation at Harvard Kennedy School.

She noted that while the Ministry of Finance had not done any assessment as yet about the growth number, the World Bank, IMF and rating agencies have all come nearer to this kind of growth number for India.

“So, the next year would also be somewhere in the range of eight to nine (per cent), 7.5 to 8.5 (per cent) would be the growth. And I expect that to be sustained for the next decade because of the rate at which expansion in core industries is happening, the rate at which services are growing, I don't see a reason for India to be any way lesser than” in the next coming decades, she said.

During the conversation with Professor at Harvard University Lawrence Summers during the talk organised by the Mossavar-Rahmani Centre for Business and Government, Sitharaman, when asked about the state of the global economy, said: “I don't think you can have one picture for the entire globe. The emerging market economies are likely to recover speedily and are likely to have a growth trajectory, which will probably be even the title of engine for growth. They are the ones who are going to be pulling forward the global economy”.

“And in that, at least from the data which has been released yesterday and the week before, I can say that India's growth this year will be the highest in the world, of course, based on a lower base of last year, but that will continue into the next year. And even there, we will be one of the fastest-growing economies,” she noted.

She added that some other countries in the emerging market areas would also record high growth rates. PTI