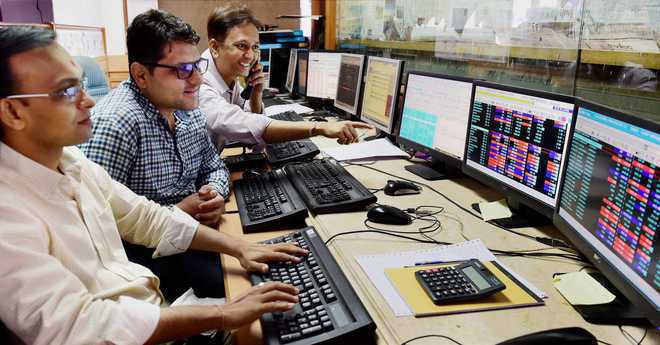 Benchmark indices bounced back on Monday after a three-day fall, largely helped by buying in banking counters.

From the Sensex pack, Mahindra & Mahindra, Bajaj Finance, State Bank of India, Hindustan Unilever, Nestle and Bajaj Finserv were among the major winners.

Tata Steel, ICICI Bank, Power Grid and ICICI Bank were among the laggards.

European equity markets were also quoting in the negative territory. The US markets had ended lower on Friday.

Foreign institutional investors (FIIs) offloaded shares worth a net Rs 3,260.05 crore on Friday, according to data available with the BSE.