No headway in talks to avert bank strike : The Tribune India

No headway in talks to avert bank strike 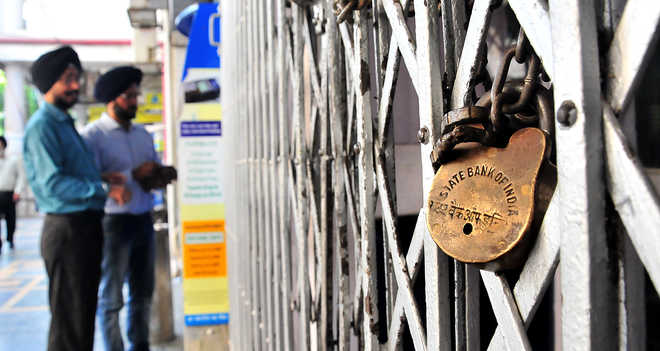 A conciliation meeting in Mumbai on Tuesday to stave off the January 30-31 strike by bank unions made no headway except that the Indian Banks’ Association (IBA) said it was ready to hold discussions with the United Forum of Bank Unions (UFBU).

The next conciliation meeting is slated for January 27, with the UFBU stating that this bland assurance means the two-day strike decision still stands, said All India Bank Employees Association general secretary CH Venkatachalam.

The conciliation talks took place after the Union Finance Ministry asked public sector banks to open wage negotiations with the unions to avert the two-day strike just before the presentation of the Union Budget. The main demand of the bank unions is to begin talks on a fresh five-year settlement for revision of wages and service conditions as the previous one (2017-22) had already expired.

The unions are also pressing for filling of vacant posts, which in their estimate is around two lakh. The unions also want the settlement of some “residual issues”.