Say it won’t help consumers, may lead to price hike 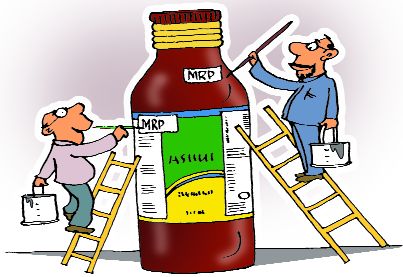 The proposal to cap margins of retailers and distributors has not gone well with pharmaceutical players, especially the MSMEs. They are of the view that it won’t help consumers and might lead to rise in prices. The pharma companies in the MSME sector apprehend that the proposed legislation will give a boost to big players as they would sell drugs at higher prices and put MRPs accordingly. The manufacturers have suggested that instead of capping the margin, the government should fix the maximum retail price (MRP) of each molecule so that the prices of medicines in each category are uniform across the country.

“The government’s decision to cap the profit margin of drugs, which are not under price control, at 30% of the MRP is not going to help anybody. We have asked the government to seek the help of costing professionals and industry experts to work out the cost of every molecule with various industry associations. We have asked the government to work out policy in such a manner so that it can benefit both consumers and the industry,” Pharmexcil chairman Dr Dinesh Dua said.

“We have advised them to work out the costing, give reasonable return on our investment and fix the margin for wholesalers and retailers. Only life saving and essential drugs should be included in the list,” he added.

He said due to capping of the margins, manufacturers could prioritise their manufacturing and this might lead to shortage of low-cost medicines in the country.

Also, the drugmakers in the region are of the view that the government’s proposal to cap trade margins for all medicines outside the price control at 30% will wipe out MSMEs.

Dua said the industry was growing both at domestic and international market. “In fact, pharmaceutical is the only sector which is growing at 11% in the ongoing downturn despite the fact that the government has tried to control the industry in several ways,” he added.

“In a letter to the Central government, we have requested them to find out uniform formula for all segments instead of margin capping because it will give boost to big players only who will be able to sell drugs on higher prices and put MRPs accordingly so that their channels of distributors, stockists and retailers could promote their brands,” said Dr Rajesh Gupta, president, Himachal Drug Manufacturers’ Association.

In North India, the Baddi-Barotiwala-Nalagarh industrial belt of Himachal Pradesh is a major pharma hub and the second largest pharmaceutical cluster of India. It has around 700 pharmaceutical units in the state. Some units are also located in Punjab and Haryana.

Over 700 units in North India