Retail inflation to come down with easing of lockdowns: Chief Economic Adviser 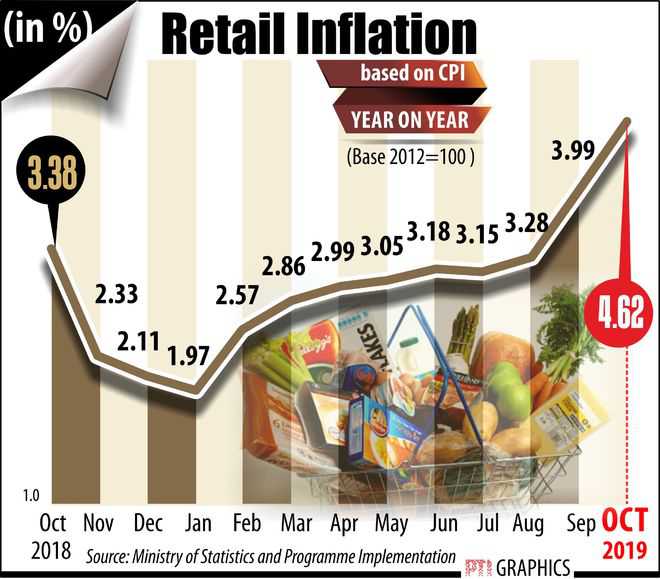 Attributing the rise in inflation to supply-side frictions, Chief Economic Adviser KV Subramanian has exuded confidence that retail inflation would come down in the days ahead with the easing of lockdowns.

According to the government data, retail inflation rose to 6.93 per cent in July, mainly driven by rising prices of food items like vegetables, pulses, meat and fish.

However, wholesale price-based inflation declined 0.58 per cent in July, even as food items turned costlier.

“If you look at inflation...it’s primarily because of those supply-side frictions, but as local lockdowns are actually being reduced, these frictions should basically go down,” he told PTI.

“Overall, the difference between wholesale and retail inflation is primarily due to supply-side factors which should decrease and therefore going forward even the retail inflation should ease,” Subramanian said.

There are fears that retail inflation would remain at an elevated level during the rest of the year limiting the scope for the RBI to further ease the benchmark interest rate.

The six-member Monetary Policy Committee (MPC) headed by the RBI Governor has been given the mandate to maintain annual retail inflation at 4 per cent until March 31, 2021, with an upper tolerance of 6 per cent and a lower tolerance of 2 per cent.

As far as growth is concerned, India’s economy suffered its worst slump on record in April-June, with the gross domestic product (GDP) contracting by 23.9 per cent as the coronavirus-related lockdowns weighed on the already-declining consumer demand and investment.

The GDP contraction in the world’s fifth-largest economy compared with 3.1 per cent growth in the preceding January-March quarter and 5.2 per cent expansion in the same period a year back.

During the April-June quarter, agriculture was the lone bright spot, growing by 3.4 per cent. Financial services -- the biggest component of India's dominant services sector — shrank 5.3 per cent, while trade, hotels, transport and communication declined 47 per cent.

The latest print of factory output is also not encouraging as the Index of Industrial Production (IIP) contracted by 10.4 per cent in July mainly due to lower output of manufacturing, mining and power generation. This is the fifth consecutive monthly decline. PTI