Among Sensex stocks, Hindustan Unilever rose the most by 1.89 per cent 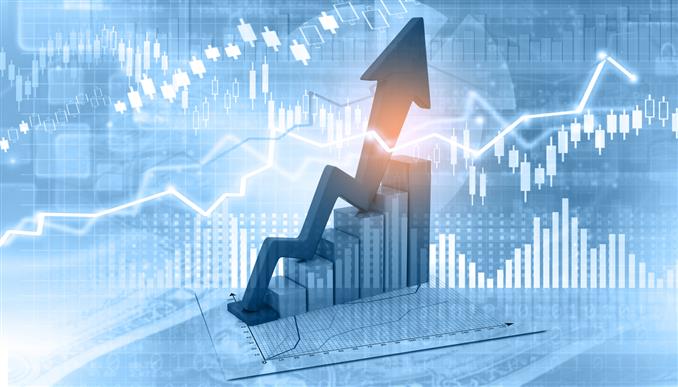 Benchmark BSE Sensex rose by 319 points on Monday on gains in IT and financial stocks after positive quarterly results amid supportive global cues.

On the other hand, UltraTech Cement was the biggest loser, falling by 4.62 per cent. NTPC, L&T, Tata Steel, Reliance Industries, and Titan were also among the laggards.

Shares in Europe and Asia also advanced on Monday following a rally in stocks in US markets on Friday.

Tokyo's Nikkei 225 index added 1.3 per cent despite concerns that Japan is facing a severe financial situation after spending heavily to counter the pandemic and other troubles. Most Asian markets were closed for Lunar New Year holidays.

On Friday, the S&P 500 rose 1.9 per cent, the Dow Jones Industrial Average gained 1 per cent and the Nasdaq spurted 2.7 per cent.

Foreign institutional investors (FIIs) were net sellers in the capital market on Friday as they sold shares worth Rs 2,002.25 crore, according to exchange data.