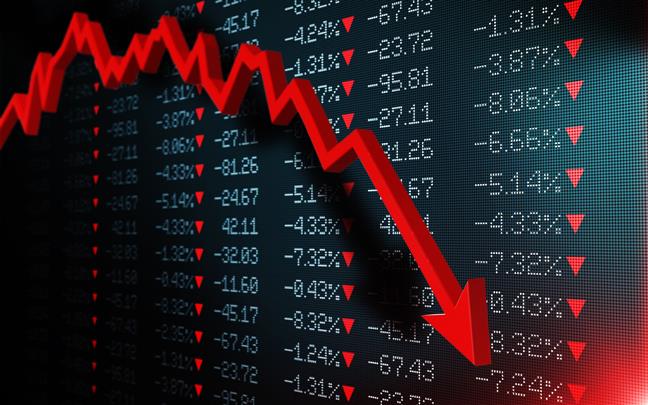 Benchmark Sensex and Nifty closed lower for the second day in a row on Friday due to a decline in index major Reliance Industries, Hindustan Unilever, and Infosys amid concerns over global economic slowdown.

"Shaking off the weak lead from Wall Street, domestic indices attempted to trade higher due to economic optimism that stemmed from China's reopening. However, concerns over the global economic slowdown eventually caught up and dragged markets lower," said Vinod Nair, Head of Research at Geojit Financial Services.

"While the probability of the Fed hiking rates further to slay the demon of inflation is quite high, the consequences of the rate action over a period of time translating itself into an economic slowdown is occupying the minds of the investors," Thomas said.

From the Sensex pack, Hindustan Unilever fell the most by 3.84 per cent amid concerns over increase in royalty and central services arrangement fee to its parent Unilever group.

Reliance Industries declined by 1.15 per cent ahead of its financial results while Infosys closed lower by 1.03 per cent.

Power Grid was the biggest gainer, rising by 1.2 per cent. HDFC Bank, HDFC, ITC, Tata Motors, ICICI Bank and State Bank of India were also among the gainers.

In the broader market, the BSE midcap gauge fell 0.66 per cent and smallcap index declined 0.50 per cent.

Energy, financial services, utilities, bankex and power were the gainers.

Benchmark indices Sensex and Nifty eked out gains for a second week in a row. Sensex advanced by 360 points while Nifty gained 71 points on weekly basis.

Elsewhere in Asia, equity markets in Seoul, Tokyo, Shanghai and Hong Kong ended in the green.

European benchmarks were trading higher during mid-session deals. Markets in the US had ended lower on Thursday.

Foreign Institutional Investors (FIIs) were net buyers in the capital markets and they bought shares worth Rs 399.98 crore, according to exchange data.