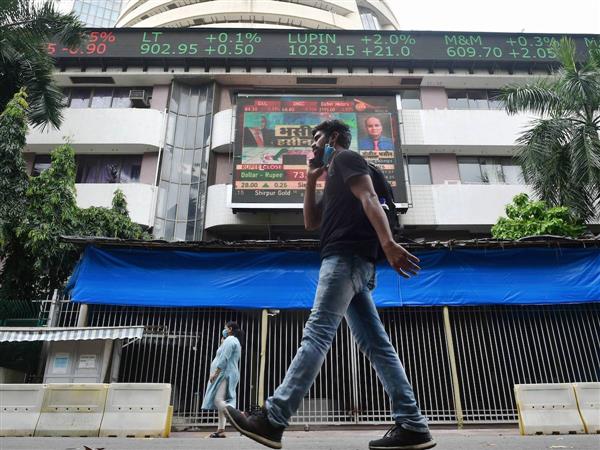 Shares of RIL sank around 4 per cent after Amazon.com Inc won an interim arbitration award against its partner Future Group for selling its retail business to Reliance Industries for Rs 24,713 crore.

On the other hand, Nestle India, Kotak Bank, IndusInd Bank, PowerGrid and HUL were among the gainers.

During the afternoon session, the market continued to trade weak with selloff in metals, auto, realty and financial stocks, he added.

On the global front, bourses in Shanghai, Tokyo and Seoul ended on a negative note. Stock exchanges in Europe were also trading weak in early deals.

In the forex market, the rupee depreciated 23 paise to close at 73.84 against the US dollar. PTI