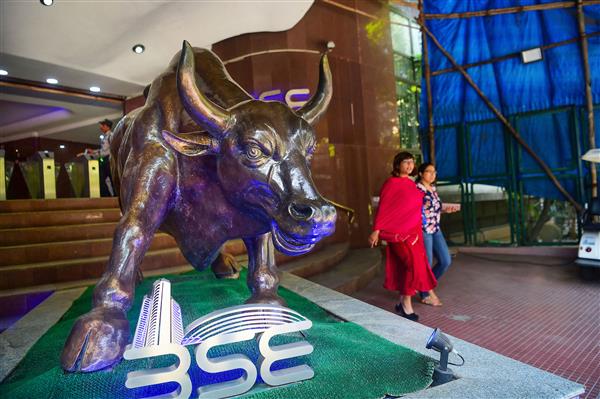 Domestic markets surrendered early gains to finish deep in the red on Wednesday as profit-booking emerged in Reliance Industries, banking and infra stocks amid a weak trend in global equities.

After a firm opening, the 30-share BSE Sensex suddenly succumbed to selling pressure in mid-afternoon trade. It finally closed 333.93 points or 0.64 per cent lower at 51,941.64, extending its losing streak to the second session.

On the other hand, PowerGrid, NTPC, Titan, HCL Tech and Asian Paints were among the gainers, spurting up to 3.42 per cent.

Further, Asian markets traded weak, reacting on higher-than-expected jump in China’s producer price index at 9 per cent for May, he added.

“Global investors remained cautious ahead of European Central Bank (ECB) policy decision and US inflation data to be released on Thursday. ECB is expected to continue its bond-buying policy to support a recovering economy.

“And US inflation is forecasted to be high but transitory. Both these factors, if inline, will provide comfort to the market,” said Vinod Nair, Head of Research at Geojit Financial Services.

Broader BSE midcap and smallcap indices fell up to 0.95 per cent.

Elsewhere in Asia, bourses in Seoul, Tokyo and Hong Kong closed in the red, while Shanghai ended with gains.

Equities in Europe were also trading on a negative note in mid-session deals.

The rupee declined by 8 paise to end at 72.97 against the US currency on Wednesday in its second straight day of losses.

Foreign institutional investors were net buyers in the capital market on Tuesday as they purchased shares worth Rs 1,422.71 crore, as per exchange data. PTI