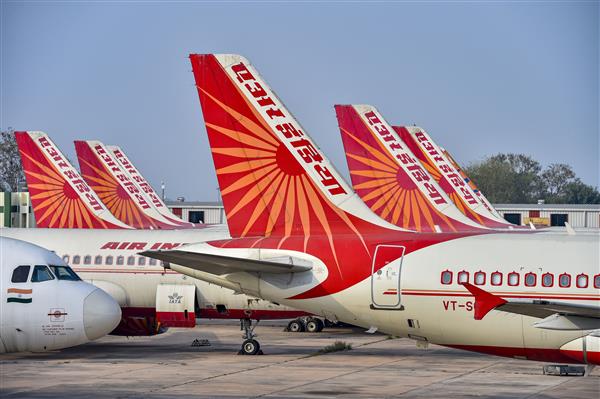 The Tata group on Tuesday announced the merger of Vistara with Air India under a deal wherein Singapore Airlines will also acquire a 25.1 per cent stake in Air India, marking a major consolidation in India’s fast-growing aviation space.

The deal, which will make Air India the country’s largest international carrier and second-largest domestic carrier, is expected to be completed by March 2024, subject to regulatory approvals.

Currently, Tata group owns a 51 per cent stake in Vistara and the rest is with Singapore Airlines (SIA).

Singapore Airlines (SIA) said it would be investing Rs 2,058.5 crore in Air India as part of the merger transaction. This would give SIA a 25.1 per cent stake in an enlarged Air India group with a significant presence in all key market segments, it added.

Vistara and Air India are the country’s second and third largest domestic carriers, respectively. Together, their market share stood at 18.3 per cent in October.

Tata group has not provided any details about the merged entity such as those pertaining to branding, uniforms and frequent flyer programmes, although it seems likely that Vistara as a brand name might not exist in the long run.

Teams are working on various aspects of the merger, including those related to frequent flyer programmes. It will take time before the specifics are finalised. The required changes and announcements will be made in due course, two officials in the know said.

Tata Sons Chairman N Chandrasekaran said the merger of Vistara and Air India is an important milestone in the journey to make Air India a truly world-class airline.

“As part of the transformation, Air India is focusing on growing both its network and fleet, revamping its customer proposition, enhancing safety, reliability, and on-time performance. We are excited with the opportunity of creating a strong Air India which would offer both full-service and low-cost service across domestic and international routes,” he said.

Currently, Air India offers economy, business and first class seats while Vistara offers economy, premium economy and business classes. Once the consolidation is complete, passengers are expected to have more choices in terms of domestic and international flights in a seamless manner under the Tata group umbrella.

In a release on Tuesday, Tata group said that with the consolidation, Air India would be the country’s leading domestic and international carrier with a combined fleet of 218 aircraft.

At present, Tata group has four airlines under its wings—Air India, Vistara, AirAsia India and Air India Express, which is focused on low-cost international services.

In terms of On-Time Performance (OTP) in October, Air India was on top at 90.8 per cent, followed by Vistara and AirAsia India, both at 89.1 per cent.

Vistara started flying in January 2015. AirAsia India was launched in 2014 while Air India Express began operations back in 2005.

The merger announcement on Tuesday also comes 10 months after the Tata group took control of loss-making Air India from the government and is currently working on a long term plan aiming 30 per cent for the Air India group in both domestic and international markets.

According to Vistara CEO, Vinod Kannan it will be business as usual for all its stakeholders during the integration process that will take some time.

SIA said it intends to fully fund the investment in Air India with its internal cash resources, which stood at 17.5 billion Singapore dollars as of September 30.     SIA and Tata Sons have also agreed to participate in additional capital injections, if required, to fund the growth and operations of the enlarged Air India in FY2022/23 and FY2023/24.

“Based on SIA’s 25.1 per cent stake post-completion, its share of any additional capital injection could be up to INR 50,200 million (S$880 million, US$615 million), payable only after the completion of the merger,” SIA said in a release.

The actual amount will depend on factors including the progress of the enlarged Air India’s business plan, and its access to other funding options. SIA intends to fully fund any additional capital injections with its internal cash resources, it added.

As of September, Air India group and Vistara had 165 planes and 53 planes, respectively, according to a regulatory filing by Singapore Airlines (SIA) on Tuesday.

At the end of September, together they had a domestic market share of 23 per cent while the international market pie was also at 23 per cent, as per the filing.

India is one of the fastest growing aviation markets in the world and air traffic has been gradually picking up after being severely hit by the coronavirus pandemic.

SIA Chief Executive Officer Goh Choon Phong said that with this merger, SIA has an opportunity to deepen its relationship with Tata and participate directly in an exciting new growth phase in India’s aviation market.

“We will work together to support Air India’s transformation, unlock its significant potential, and restore it to its position as a leading airline on the global stage,” he added. PTI